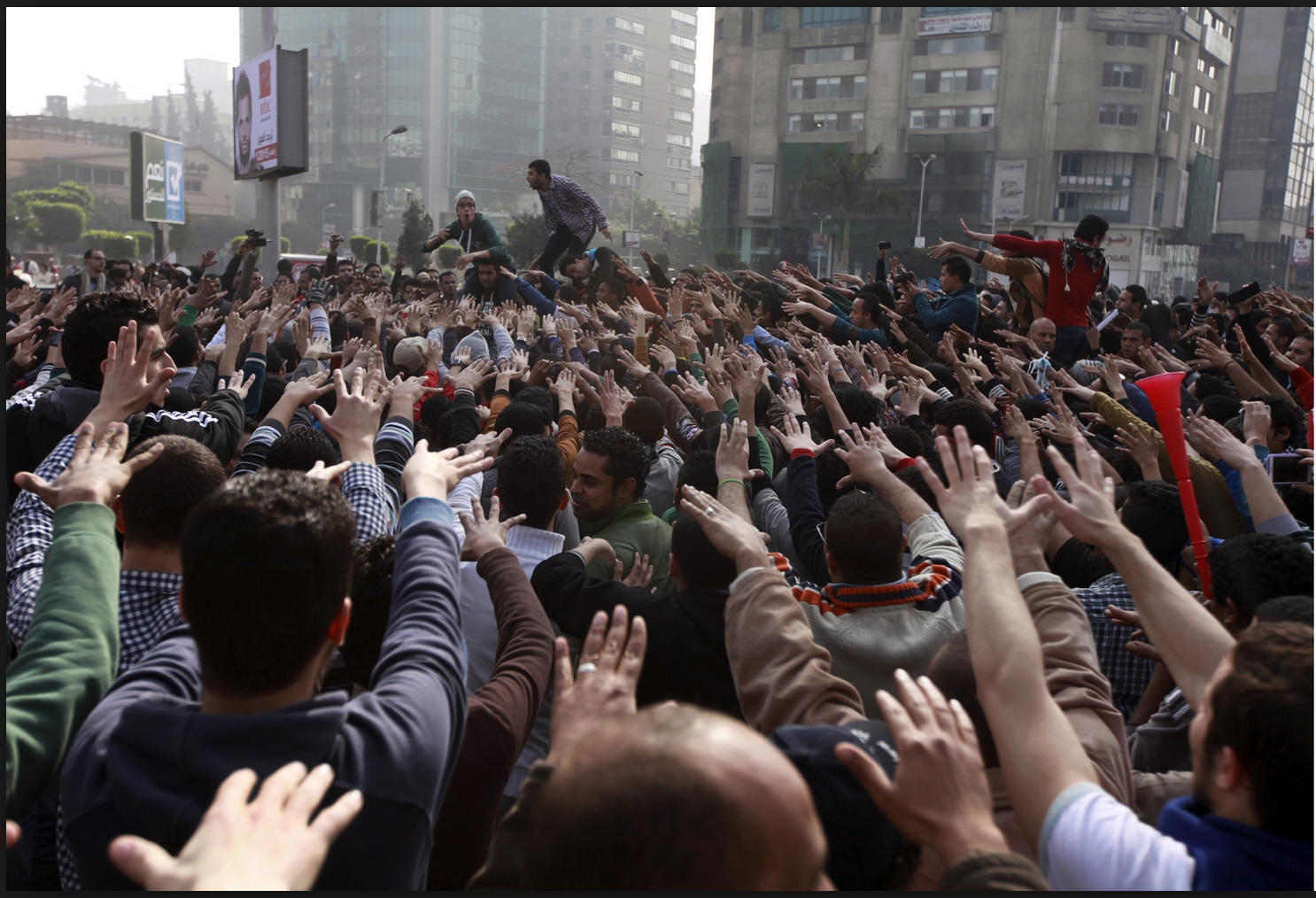 The Egyptian people have accomplished one of the major objectives of their historic revolution. They have brought the thirty-year reign of Hosni Mubarak to an end. As they celebrate, from Alexandria in the north down to Aswan in the south, they realize that this is only the beginning of the long and arduous march to a free and open system that will guarantee their dignity and fundamental rights. However, every journey has a beginning and this glorious beginning is a harbinger of a glorious end. As the great Egyptian sage, Ibn ‘Ata Allah Sankadari, mentioned, “An illuminated beginning is a portent of an illuminated end.” May that be so in the case of the Egyptian Revolution.

The size and strategic position of Egypt, her central place in America’s geostrategic planning, her historical leadership of the Arab world and the sheer magnitude of the security “apparatus” that the people had to overcome to reach this point will ensure that the ongoing revolution will be deeply studied by many for decades to come. Here are some of my reflections on the revolution thus far.

First of all, I do not write these lines as someone unfamiliar with Egyptian society. Upon completing my graduate studies in 1986 I departed for a year of Arabic studies in Cairo. As a poor student with only the irregular salary from my part-time job as an English teacher at the ‘Aziz Billah Mosque in the Zaytoun section of Cairo, I ate what my neighbors ate, namely a steady diet of Ful and Ta’miyya sandwiches, supplemented by pickled turnips. I slept on the floor of the masjid with my brothers during my Ramadan retreat. And I rode the crowded buses, becoming adept at grabbing the pole and jumping into the backdoor of those constantly moving, diesel-belching wrecks.

I also had an opportunity to become familiar with the expansive reach of the secret police, the Mukhabarat. One day while walking to one of my classes, I was offered a “taxi” ride to the mosque where the class was being held. In my then broken Arabic and through pointing I indicated that the mosque was only two blocks away. The driver and the passenger in the front seat insisted that they take me to the Mosque. I was adamant in my insistence that I walk the remaining distance. Finally, one of them flashed a badge and demanded that I get in the car. Upon doing so, I was bombarded with a barrage of questions asking what I was doing in Cairo, did I know this or that Muslim personality, where was I really going, etc. Finally, convinced that I was just a student from America they let me go, but not before rifling through my briefcase and helping themselves to a few “souvenirs.”

I was allowed to go on to my destination, but for far too many Egyptians, their “taxi rides” ended on the “dark side.” I had the opportunity to get first hand descriptions of that “dark side” by talking to many Egyptians who had been in the “Zinzanah,” the torture cells of the regime. They spoke of the beatings, the cigarette burns, the dogs, and other horrors they had experienced directly or witnessed. This is part of the reality that contributed to the revolution that has succeeded in ousting Hosni Mubarak.

In the events leading up to and now culminating with Mubarak’s resignation there are accusations, such as that articulated in an editorial in the Israeli daily, Haaretz, that Obama will go down in history for losing Egypt. This sentiment succinctly expresses the deep, dehumanizing racism that has driven the policy of supporting authoritarian dictators in the Middle East. These paternalistic tyrants will keep their “children” in their “place” to protect foreign interests. The same racist sentiment also drives the idea of Muslim “exceptionalism.” Muslims in the Middle East, we were told, are too irresponsible, reckless or just plain undeserving of governing themselves.

The people of Egypt have shown that they are not the property of any foreign power to be owned, used, abused and then discarded or possibly “lost.” They are human, men and women determined to carve out a dignified existence for themselves and their progeny. In so doing, they have shattered, to this point, virtually every myth and stereotype encouraging Americans to view Muslims as our inherent enemies. For example, we have been told that Muslims are bloodthirsty savages. We have been told that political Islam is a totalitarian system that knows of no compromise. Yet in Egypt, as in Tunisia, we have seen a majority Muslim population engage in a nonviolent revolution. The Muslim ideologues in the movement, including the Muslim Brotherhood, have cooperated with their Christian and secular fellow citizens aspiring to a new Egypt, not as a domineering and condescending force, but as full partners.The youth have been universally recognized as the visionaries who expanded the realm of the politically possible. Finally, women have been accepted as equal if not surpassing agents of change -the heroine of the revolution is a brave and defiant woman, Asmaa Mahfuz, whose youtube appeal was critical in the success of the pivotal January 25, 2011 mobilization. All of these characteristics make the Egyptian revolution one of the great sociopolitical developments of this new century.

Here in the United States many politicians and pundits are asking, “Why didn’t we see this coming?” I will offer my answer here. Specifically, American policy-making towards the Middle East has become dominated by anti-Muslim bigots. They have projected their own fears onto the governing elite and created such an obsession with so-called radical Islam that the latter has accepted the draconian (and profitable for some) measures being put into place to fight it, including support for “moderate” regimes like Mubarak’s. All the while, they have failed to take note of the real, dynamic politics on the ground in the Middle East and the civil society that has sprung up around those politics. The Egyptian Revolution has shown just how weak and marginal so-called radical Islam is in most Muslim societies. In one of the great ironies of history, the violent nihilists of “radical Islam,” besides the army, represent one of the few potential counter-revolutionary forces in Egypt.

The road ahead in Egypt will not be an easy one. There are powerful interests, both in Egypt and in other countries who were profiting lavishly from the ancien regime and the system of crony capitalism it has put in place to syphon off the country’s wealth. They have much to lose from a new system and will fight hard to preserve at least some of the privileges they formerly possessed. New institutions will have to be built. A new balance of power will have to be hammered out between the groups the protesters represent and the older, more established parties and groups who supported the protests, along with those who did not. The healthcare and university systems, both of which have been destroyed by mindless and neglectful policies, will have to be rebuilt. The minefields of the Palestinian situation will also have to be traversed. However, that is tomorrow’s work and tomorrow’s worry. As for today, let the people of Egypt celebrate. Bravo, Egypt, Bravo!