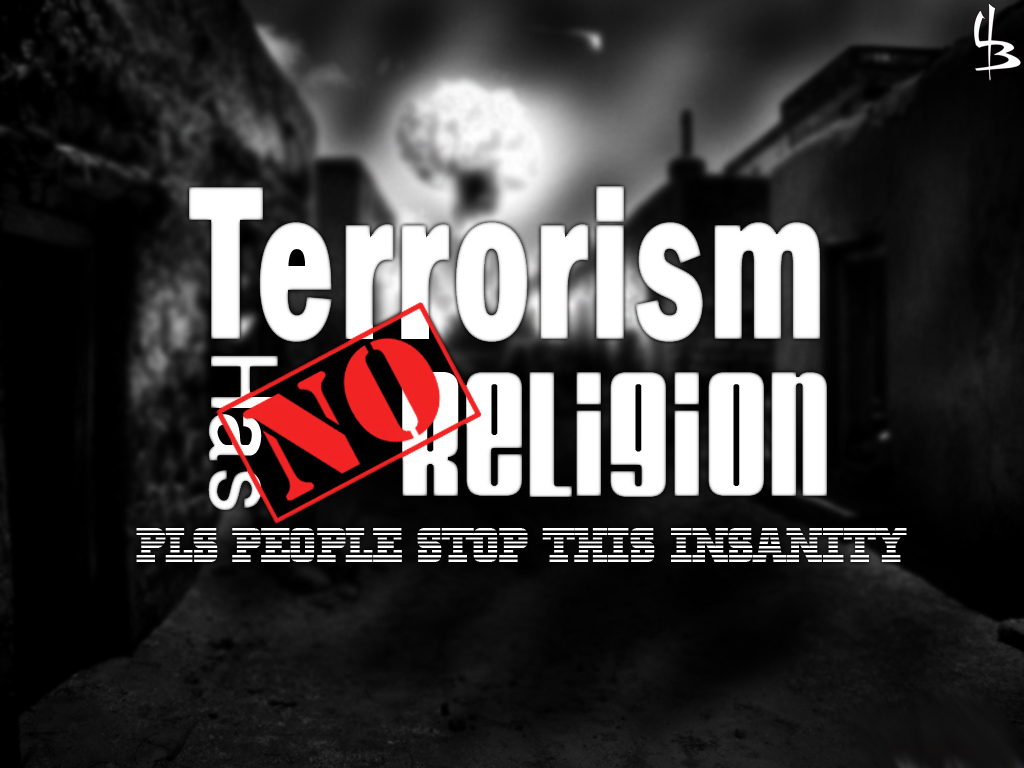 Not in Our Name: Islam Totally Rejects Suicidal Murder

Attributing these crimes to Islam is also wrong. Dead wrong. Our Prophet (peace and blessings of Allah upon him) informed us, “No one of you murders at the time that he murders and remains a believer. Therefore, beware, beware (Ibn Hibban, 5979)!” To clarify, the murderer is engaging in an act that true faith would have prevented, hence, his engaging in such a reprehensible act is a sign that he does not truly believe. One version of this Hadith mentions, “Faith is stripped from him like his trousers. When he returns to faith, it returns to him.” In other words, as long as he is pursuing his murderous path, he is following the path of one lacking faith. This is a clear proof that people who commit acts like those in Brussels, or similar acts in Turkey, Iraq, Syria, Kenya, Nigeria, Yemen, or anywhere else, are not acting as Muslims, or on behalf of Islam. They should heed the prophetic warning and beware.

The Prophet (peace and blessings of Allah upon him) further stated, “There is no faith for one who is not trustworthy (al-Bayhaqi, 18,851).” It should be noted that in the latter narration the negation of faith is absolute, Laa Imaana, as it contains the particle of absolute negation (Laa an-Naafiya lil Jins). Imam al-Bayhaqi’s narration continues, “…and there is no religion for one who dishonors the covenant.” Again, the negation of religion here is absolute. Citizenship and acceptance of a visa to enter a country involve covenants, which include respecting the lives and property of one’s fellow citizens or those whose land one has entered as a guest, émigré, refugee or visitor.

All of these narrations clearly enforce the idea that criminal murderers who have declared war on their neighbors, fellow citizens, innocent and unsuspecting men, women, and children, have rendered themselves totally untrustworthy and are disregarding one of the most fundamental foundations of human society. These are foundations that Islam exalts and honors. By so doing, faith has been stripped away from them and they have forfeited their religion. That being the case, how can anyone claim that these people are acting on the basis of Islam?

In addition to losing their faith, they have been consigned to Hell. In the case of the attacks in Brussels, and similar atrocities in the Muslim world that are too numerous to mention, the criminals multiplied the gravity of their murderous crimes by committing suicide. Suicide is strictly forbidden in Islam, and one who commits suicide will not only be dispatched to Hell, he will continue to repeat the actions which led to his death over and over for eternity in the midst of the Inferno. In other words, the suicide bomber will suffer the torment of Hell in addition to the pain of blowing himself up, continuously, for eternity.

One aspect of these Hadiths is the strength of the wording conveying the eternal damnation befalling one who commits suicide. Imam Muslim’s version contains the words Khaalidan (remaining for eternity), Mukhalladan (forced to remain for eternity) and Abadan (eternally). Hence my translation, “…for ever and ever and evermore.” The strength of this condemnation alone should give pause to one who thinks that such actions are in anyway sanctioned by Islam.

The gravity of suicide and its implications are summarized in the following Hadith Qudsi. The Prophet (peace and blessings upon him) has related directly from the Lord, “My servant has competed with me concerning his life [by hastening his death], therefore, I have made Paradise forbidden for him (al-Bukhari, 3463).” Anyone contemplating the murderous crimes that threaten the very foundation of our societies should reflect well on what we have mentioned here. By the testimony of our Prophet (peace and blessings of Allah upon him) suicidal terrorism is not the weapon of the weak, it is the weapon of the wretched and the damned. The suicidal murderer will never leave Hell -Khaalidan, Mukhalladan, Abadan!

The “fatwas” and “commanders” who justify the suicidal murder committed by their dupes have no weight in this regard. As for the “fatwas,” they are all flawed in that they are based on a false analogy. Namely, they mention the Companions of the Prophet (peace and blessings of Allah upon him) who launched themselves into a battle knowing they faced certain death. While the incidents being referenced by these “fatwas” are certainly true, in every instance the Companion was killed by the actions of others. None of them killed themselves.

As for the “commanders” who order these foul operations, the Prophet (peace and blessings of Allah upon him) has emphasized that they are not to be obeyed. This is made clear in the following Hadith. One of those given command over a group of Muslims, during the prophetic epoch, ordered them to jump into a blazing fire. When the Prophet (peace and blessings of Allah upon him) was informed of this he said, “Had you jumped into the fire you would have remained therein until the Day of Resurrection. Verily, there is no obedience that involves rebellion against Allah. Obedience is in lawful matters (Muslim, 1840).” Suicide and murder both involve rebellion against Allah as they are both unlawful, therefore, any order to commit them is to be flatly rejected, regardless of who issues that order.

Islam’s strict prohibition of terrorism and suicide bombings is exhaustively treated by Shaykh Tahir al-Qadri in his masterful, “Fatwa on Terrorism and Suicide Bombings.” Knowing that there are some Muslims who will complain that what I have written here does not address the injustices of the West and its state-sponsored terrorism in the Muslim world, that I am only penning these words because I am “embarrassed” by the acts of these miscreants, that I waited until such attacks afflicted Americans or Europeans to speak out against them, or the usual litany of objections and complaints against the timing or content of the likes of what I have written, I believe that the following quote from the introduction of Shaykh al-Qadri’s, Fatwa, is appropriate:

“I also regard it my fundamental duty to inform the respected readers that I am writing this book solely for the sake of Islam’s dignity and in service to humanity. This book has not been written to condone or approve of the unpopular and unwise policies of global powers, nor does it seek to justify the wrong policies and actions of any government, including that of Pakistan. I neither seek the pleasure of any government, nor the tribute or appreciation from any international power or organization. […] The objective is to wash the stain of terrorism from Islam, to familiarize the Muslims [and others] with the real teachings of the Qur’an and Sunna (the Prophet’s way) and to attempt to prevent human suffering from the flames of terrorism (Fatwa, 17).”

May Allah bless us to wipe the scourge of terrorism from the face of the earth and to do all we can to show that it has absolutely no foundation in the teachings of Islam. This is one of the great callings of our generation. May we respond in ways that are best, motivated by the saying of the Almighty, “Good and evil are not equal. Respond to evil with what is best [good]. You will unexpectedly find one between whom he and you there was enmity become like an intimate friend. This will only be obtained by those who are both patient and possess a great portion [of spiritual rectitude] (Qur’an, 41: 34-35).”