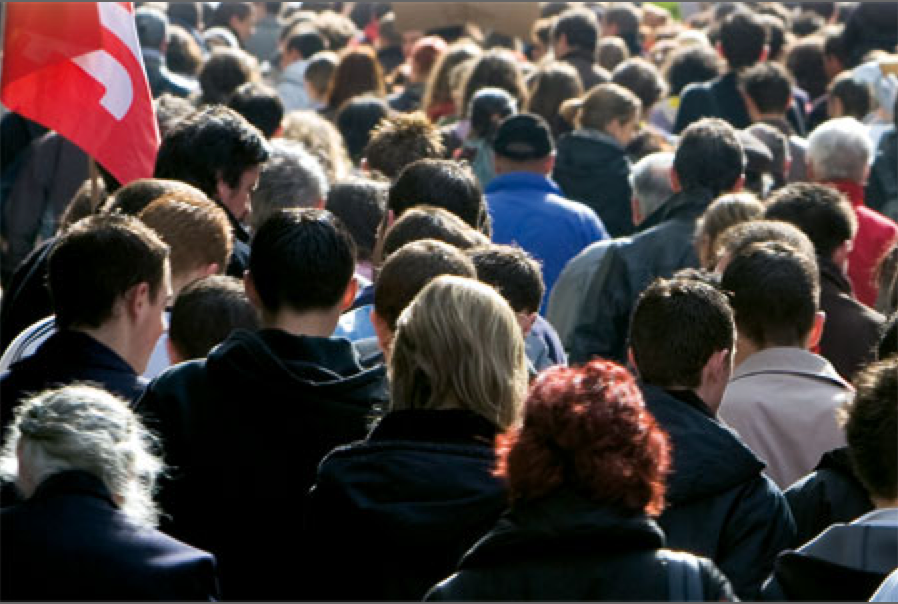 Reflections on The Islamic Legitimacy of the Muslim Uprisings (Expanded)

As revolutions and uprisings sweep the Middle East from Tunisia, Egypt, Libya, Yemen and elsewhere most Muslims everywhere are energized by a wave of hopeful change in a region that has suffered far too long under the stultifying rule of “presidents for life.” However, some Muslims are more hesitant and view the waves of protests as unsanctioned rebellions against legitimate rulers.

To begin to analyze the current situation in the Middle East and North Africa, each of the movements in the various affected countries would have to be assessed on a case by case basis. Conditions in each country are unique and therefore any blanket statement would likely not only be inaccurate, but also irresponsible. What follows are some considerations that would have to be part of any meaningful discussion of the Islamic legitimacy of the various movements that can potentially reshape the political map of the Middle East.

First of all, we have to bear in mind that classical treatises and writings dealing with Muslim political theory will not give us the entire answer to the question of the Islamic legitimacy of the ongoing uprisings in the Muslim world. This is so because those writings occurred in a sociopolitical environment that differs totally from the current one. Especially significant in this regard is the advent of the modern nation-state and its associated concepts of state sovereignty, legitimacy, allegiance, citizenship, the social contract and the national interest. Each of these concepts, in the modern setting, differs from its premodern conceptual counterpart, or was unknown in the premodern world. Hence, the writings of premodern Muslim scholars, no matter how brilliant, cannot give us full insight into the social, political and cultural issues that Muslims are currently dealing with.

Secondly, the nature of the neocolonial arrangements that prevail in many Muslim nation-states, where a “comprador bourgeoisie” “manages” the indigenous masses on behalf of a foreign power renders the entire question of the legitimacy of the state a controversial point. In other words, if the state is merely a front for foreign control, and the policies it pursues are oriented to serve the interests of a foreign elite, first and foremost, it is meaningless to discuss the allegiance people owe to the state without asking a deeper question. Namely, if in reality allegiance to the state is a sort of de facto allegiance to a foreign non-Muslim power, how can questions of allegiance to the state have any definitive meaning or relevance from an Islamic perspective?

A third issue of significance is the hegemonic nature of the modern state and its ability to exert control over the lives of its citizens in ways that were inconceivable at the time medieval Muslim political theorists were writing. Generally speaking, the modern state controls the economic life chances of its citizens, it defines the parameters of political participation, it controls the scope and nature of education, it can intrude almost at will into the private lives of its citizens, it can determine the conditions of mass incarceration (i.e. the Japanese Internment Act, or the current Drug War in the United States) and, if it chooses, it can tyrannize the citizenry with impunity, as by definition the state monopolizes the legitimate use of force in the society it presides over.

The upshot of the preceding passage is that the expanded reach of the modern Muslim state demands an expanded basis for defining allegiance and legitimacy. In earlier times, when the lack of information and security technology limited the scope of state power, it was natural to limit the scope of state legitimacy to questions revolving around primarily religious issues. However, the deepened reach of the state demands that examinations of legitimacy and allegiance begin considering questions such as economic security, political participation, and basic human dignity along with related matters. If these issues are motivating Muslims who are challenging the legitimacy and efficacy of their states, they have to be considered by the religious scholars and authorities who are assessing the appropriateness of those challenges.

Furthermore, by accepting the legitimacy of the sovereign state, we accept, implicitly, that all of the citizens share an inherent equality. That being the case, the state is not the property of an individual, or an oligarchy or any other elite. Rather, it is the property of the people. That being such, if the people rise up in response to the abuses of the state, that uprising by definition cannot be considered illegitimate. An example given by the noted political theorist Hannah Arendt can be mentioned here to clarify this idea. We cannot consider an angry mob occupying a bank to be similar to an angry group of students occupying a building on the campus of a public university. The first group is encroaching on private property, while the second “own” the university as much as the faculty and administration who may oppose their actions own it, by right of their enrollment.

Considering this understanding of legitimacy, as it relates to the modern state, those who dogmatically adhere to the traditional Muslim view of legitimacy are confronted with a conundrum when arguing against the right of Muslims to engage in even peaceful protest against oppressive regimes. Either they must reject the legitimacy of the modern nation-state for their Islamic critique of Muslim popular revolutions to be meaningful, or they must abandon their Islamic critique in favor of the critiques of legitimacy that have arisen with the advent of the modern state. It is theoretically difficult to have it both ways.

When we do consider existing Muslim writing on these issues there are caveats that normally escape discussion. Let us consider, by way of example, the issue of the legitimacy of revolt against an established “Muslim” ruler. There are those who claim that any rebellion against a Muslim ruler is unsanctioned. However, we do not find this opinion in the writings of the traditional scholars. This opinion is close to the conservative Sunni view. However, even the Sunni view is conditional, and rebellion is sanctioned in the case of the ruler openly rejecting Islam or sanctioning laws or practices that violate accepted Islamic laws or principles, and it is not feared that a greater tribulation will befall the believers should they rise up.

This Sunni position, which gives priority to stability over justice, evolved over time and is informed by well-known historical realities. However, it is not universally accepted among the Muslims. The Shi’ah and the Mu’tazila, both hold that a rebellion in the pursuit of justice is lawful and even encouraged in some instances. This is particularly the case when the injustices being challenged are clearly unsanctioned by the laws or principles of Islam. Hence, the scholarly consensus needed to declare as absolutely forbidden the current protests is lacking.

Similarly, a simplistic application of the verse, “If two parties of the believers fight each other make peace between them…” (49:9), to challenge the protests would be difficult in places like Egypt, because two parties amongst the believers were not fighting each other. The protesters were nonviolent in their actions and intent. Any violence was initiated by the supporters of the government, or the state security forces, while during the periods the protesters resorted to violence it was clearly in self-defense. As soon as the violence being used against them abated they returned to their nonviolent protests. Their peaceful protest was guaranteed by Article 54 of the Egyptian constitution, while Article 57 clearly condemned as unconstitutional the violence the pro-Mubarak goons were employing against them. Hence, to declare their movement as illegitimate would be difficult from either an Islamic or a constitutional basis.

This brings up a related point. In that the protesters were speaking out against the excesses of tyrannical, authoritarian powers, they are engaging in the best Jihad. The Prophet, peace and blessings upon him, mentioned, “The best Jihad is a just word in the face of a tyrannical ruler.” In light of this Hadith, what Islamic argument can validly be made to deny the people their right to speak out against the tyranny of their rulers?

Finally, we can add, that as Muslims we should not see ourselves as being eternally trapped in a world where we are the helpless objects of the actions of others who have constructed institutions that are antithetical to our values and interests. The nation-state system in the Muslim world is less than one hundred years old. As an institution it has debatable legitimacy and authenticity according to Muslim political thought. The way its sociopolitical role in Muslim societies has evolved has been shaped by un-Islamic realities such as colonization and the Cold War, and by un-Islamic institutions such as the International Monetary Fund, the World Bank and now the World Trade Organization. To declare this arrangement beyond question, criticism or challenge is not only unjust, it is a betrayal of Muslim history.

This issue is one that requires an analysis that goes far beyond what we have been able to articulate in the limited space available here. Hopefully, we will be able to engage in a fuller analysis elsewhere. In the meantime, we pray that God blesses the people of Tunisia, Egypt, Libya, Yemen, Bahrain and elsewhere to fulfill their aspirations to enjoy a dignified existence in lands where the nobility and honor conferred upon them by God is celebrated and cherished.