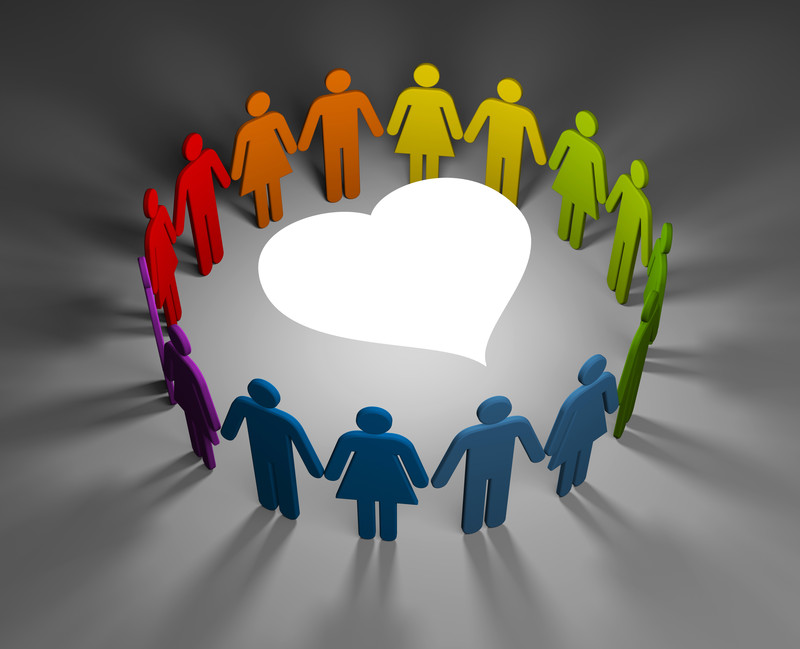 Shaykh Hamza Yusuf Is Not a Racist

This past weekend, the internet was set ablaze by a maelstrom of opinions originating from some statements made by Shaykh Hamza Yusuf in an interview with the journalist, Mehdi Hasan. Although there were three distinct controversies arising from that interview, the one eliciting the most intense and wide-ranging discussion is connected with the issues of race, police violence and the black family. Were my grandmother alive to reflect on the myriad ways discussing such an emotive combination could go awry in today’s tense sociopolitical climate she would have shaken her head and said, “Lord have mercy.”

In attempting to discuss these very “hot” topics in a state of sheer exhaustion with a provocative interviewer, Shaykh Hamza made some disjointed, incomplete and misleading statements, which could anger even some normally level-headed, sober folks. I do not intend in these lines to delegitimize anyone’s anger, nor do I intend to engage in an analysis of what Shaykh Hamza said or intended to say, others have done that. I can mention in that regard, Abdullah Ali, Caner Dagli and Ubaydullah Evans. I will merely say here that a lot of folks heard some upsetting things and got upset.

That being the case, part of the intense backlash is understandable and in many ways justifiable. There are, however, some aspects of the response to Shaykh Hamza’s remarks that cannot be justified, countenanced, or tolerated. Foremost in this category, to me, is the charge that Shaykh Hamza is a racist. I find this charge to be slanderous and patently false.

Shaykh Hamza is a dear friend whom I have come to know intimately over the course of the past two decades. He is not perfect. Some find his personality difficult, others feel that some of his opinions are so strong as to be discomforting. Most significantly, like all of us, Shaykh Hamza can just plain get things wrong. What is indisputable, however, at least in the hearts and minds of anyone who knows him, is that Shaykh Hamza is not a racist.

I can say with absolute confidence that there is not a racist bone in Shaykh Hamza’s body. A racist is someone who believes in the superiority of one race over another. Shaykh Hamza, like any serious Muslim, totally rejects that idea. He believes that God has distinguished some people as opposed to others, as illustrated in the Prophet’s (peace be upon him) words, “The Adhan is for the Ethiopians,” “Faith and wisdom are Yemeni,” “The Europeans are the quickest to regroup after a defeat and the most compassionate in their treatment of the disabled,” etc. He also believes that any superiority among humans is conferred by God upon individuals, based on their piety, and is not inherently the possession of any individual, race, or nation. As we read in the Qur’an, “The most noble of you with God is the most pious of you, and God is All Knowing, Well-informed.” In all of the years I have known him I have never heard Shaykh Hamza say or do anything to contradict this Qur’anic principle.

People often make false assumptions about people they do not know. I want to give those who would care to know something about Shaykh Hamza a brief glimpse into his life. He was raised in the home of a mother who was a dedicated civil rights activist. Although his mother marched with Dr. King, her activism transcended marches and boycott’s. Her firm commitment to integration led her to voluntarily place one of her daughters in a majority black high school. Her commitment to poor Mexican farm workers and their children led her to teach English as a Second Language (ESL) classes until she was almost ninety years old, and her commitment to her children gave them a rich foundation, which would have made even the thought of any of them being a racist a source of stunned bewilderment to her.

Were Shaykh Hamza a racist he would not have joined a religion, which in America, among many whites, has historically been viewed as a black religion. He would not have traveled to the non-white “Third World” to pursue Islamic knowledge sitting at the feet of Africans and Arabs. The fact that he could do these things and much more in this regard was owing to the strength of his foundation, a foundation laid in large part by his amazing mother.

After his conversion, Shaykh Hamza immediately moved from California to New York where he spent time in the streets of Harlem, Manhattan and Brooklyn, selling oils and incense, living and dodging bullets with the African American Muslim brothers in those communities. A shootout between some of the Muslim brothers and a group of non-Muslims over a block party on the street adjacent to the Mosque of Islamic Brotherhood (MIB), Imam Talib Abudr Rashid’s masjid,then led by Shaykh Tawfiq, encouraged Shaykh Hamza to return to California.

There are African American brothers and sisters I personally know in New Haven, Connecticut, Harlem, Masjid Taqwa in Brooklyn, New York, and other urban communities who would readily give their lives for Shaykh Hamza; not because he is white, but because he spent time in their communities, as their Muslim brother, showing them love and respect. They also deeply appreciate his teachings. One of the brothers who would undeniably fall into this category is the recently deceased, Amir Idris Abdur Rahim. Those days of Shaykh Hamza on the streets in the ‘hood are long gone, but for many they are not forgotten. The outpouring of support Shaykh Hamza has gotten from many African American Muslims over the course of the last week bears witness to this fact.

An example of such support was expressed by a delegation of black athletes and intellectuals who met with Shaykh Hamza Monday night, just before midnight, at his hotel in Toronto. They altered their travel plans to personally come to him to express their support. They also offered a detailed explanation of why they, and they were speaking only for themselves, were not offended by his remarks.

Shaykh Hamza would not wish for me to share the following, but I feel compelled to do so. One of the reasons he was so frazzled and ill-prepared for his interview with Mehdi Hasan was because he stayed behind an extra day in the Middle East meeting with the Archbishop of the Central African Republic (CAR) to help consolidate a plan to bring lasting peace between the Muslims and Christians in that land. As we know, the CAR has recently witnessed a genocidal anti-Muslim campaign, which led to many Muslims losing their lives and property. There is great irony in the fact that one of the reasons Shaykh Hamza was so ill-prepared to talk about black lives was because he was too busy working trying to save black lives.

When our community can produce a feeding frenzy of slander and abuse (clearly, not everything said in reaction to Shaykh Hamza’s remarks has been slanderous or abusive) against leaders, yes fallible, flawed and imperfect leaders, who have dedicated their lives to serving our religion, based on a few minutes of ill-considered verbiage, we are in deep trouble. Nasiha, or sincere advice, is for everyone. As our Prophet (peace upon him) reminded us, it is for “…the leaders of the Muslims and their ordinary folk.” Anyone has the right, as a Muslim, to offer Shaykh Hamza, or any of us for that matter, constructive criticism. Character assassination, however, has nothing to do with Nasiha and it has nothing to do with Islam.

We are also a community that has been taught to uphold justice and to command good and forbid wrong, but not in an absolute sense that leads us to discard all of the other teachings of our religion. Were the latter scenario to become our dominant reality, we would no longer be a Muslim community. We would be something else. Unfortunately, the recent brouhaha indicates, in many painful ways, that we are losing touch with what Allah and His Messenger have encouraged us to be.

Many of those who have viciously attacked Shaykh Hamza because of his recent statements have accused him of being ignorant and ill-informed about realities in the black community. If they sincerely believe that then they would do well to heed the Qur’anic advice, “…and when the ignorant address them they respond, ‘peace.’” Far too many have made what they describe as his ignorance the basis of a call to war.

In conclusion, I know that I will likely be attacked by some as being a “racist” for defending a “racist.” So be it. One of the most valuable lessons my mother taught me was that “sticks and stones may break my bones, but words will never hurt me.” I just want those who might hurl such an accusation to know that I love you just the same and look forward to sitting down with you to have a meaningful conversation around some of the issues under discussion. May Allah bless everyone as long as we are in this world, and may we all be blessed to succeed when we meet our Lord in the next. At the end of the day, that is all that really matters.