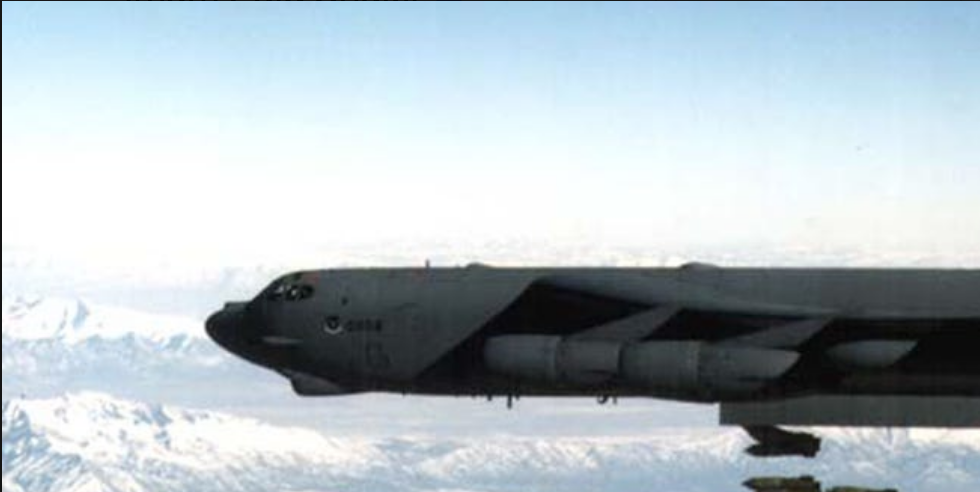 During his recent State of the Union Address, President Trump boasted of his record levels of military spending. Despite that boast and its deadly implications, there are those who naively believe that Mr. Trump is rolling back America’s military presence in the world, some even going so far as to describe the President as “antiwar.” This naiveté has been encouraged by the ongoing negotiations to “end” the Afghan war. Contrary to popular perception, President Trump is escalating America’s military presence globally in ways that not only expand American military footprint but create unprecedented dangers to the world community.

First of all, we need to understand the policy objectives behind America’s current strategic posture and its implications. One of the objectives, which has evolved since the Vietnam War, is to eliminate to the extent possible American battlefield casualties. Dead and maimed American youth being sent back to the cities, towns, villages, and hamlets of this country undermine popular support for the American imperial project. Accomplishing this objective involves three things: an expanded use of US Special Forces, who generally direct proxy soldiers and engage in targeted assassinations and the elimination of high-value targets; proxy forces who do most of the fighting in a particular theater and also take the bulk of the casualties; and an expanded use of aerial bombardment, pilotless drones and, in the near future, weaponized ground-based robots. Hence, for example, while a relative handful of American soldiers died in the fight against ISIS, over 11,000 Kurdish fighters were killed in that conflict. A similar if not much higher number of Iraqi Shiites, at the time American proxies, lost their lives.

What is important here is that the deployment of regular US infantry forces in these and similar conflicts has been gradually decreasing. However, this development should not be interpreted as a rolling back of the global presence and lethality of the American military. In addition to the increased reliance on proxies, there has been an exorbitant increase in the use of aerial bombardments and drone operations. Consider, for example, that the number of drone strikes against the Somali militant group, Al Shabaab, has tripled since Trump succeeded Obama as Commander in Chief. A similar increase has been witnessed in the frequency of aerial bombing. During his presidency, Bush dropped an average of 24 bombs a day; Obama dropped 34 bombs a day, while Trump is dropping 121 bombs a day, 44,096 during his first year in office. Last year, Trump’s military dropped eight times as many bombs on Afghanistan as Obama’s did in 2015. This is not to absolve Obama, who by any definition is a war criminal, but to emphasize the preposterous nature of any claims of Trump reining in the US military.

Not surprisingly, this increase in aerial bombardment has been accompanied by an increase in civilian deaths. In 2017, upwards to 6,000 civilians were killed in airstrikes undertaken by the US and its coalition partners. Last year, according to the United Nations, the United States killed more civilians in Afghanistan than did the Taliban. Similar increases in civilian casualties have been witnessed in Somalia and Yemen. This increase in casualties has been facilitated in large part by a combination of increased reliance on aerial bombardment, relaxed rules of engagement, secrecy, and pardons of convicted war criminals. Collectively, these developments promote an environment of murderous impunity and lack of accountability throughout the military. The ensuing carnage has not made the country safer; it has expanded our list of enemies.

An area of far greater concern in terms of the danger posed by Trump and the military machine he commands is that of nuclear proliferation. During the fog of the impeachment hearings, the US Navy deployed a Trident missile submarine, the USS Tennessee, armed with “low-yield” W76-2 nuclear warheads. While Pentagon war planners claim the development and deployment of these weapons is a response to similar Russian developments and a deterrent to that country, the reality is that they would most likely be used against self-defined security threats emanating from nonnuclear countries like Iran, or nuclear powers with no ability to effectively retaliate against the United States, such as North Korea. This is made clear from a careful reading of the most recent Nuclear Posture Review. This deployment of submarine based low-yield nuclear weapons comes despite the fact that America‘s current supply of low-yield nuclear artillery shells and bombs are already deliverable by a wide variety of aircraft and missiles. The submarine deployment of these weapons greatly expands the destructive potential of the US military and makes the possibility of nuclear war much more likely. This is one of the many ways Trump has expanded the destructive capacity of United States’ war machine.

In assessing Trump’s hawkishness, one cannot ignore America’s role in regional conflicts. In the Middle East, Trump has joined the most belligerent Israelis in their ongoing war to eliminate the political future of the Palestinian people. The Israeli writer, Baruch Kimmerling, describes that war as politicide, which he defines thus:

By politicide I mean a process that has, as its ultimate goal, the dissolution of the Palestinian people’s existence as a legitimate social, political and economic entity.

Politicide is a process that covers a wide range of social, political and military activities whose goal is to destroy the political and national existence of a whole community of people and thus deny it the possibility of self-determination. 1

The effort to effect Palestinian politicide is marked by distinct milestones such as the expulsion of Palestinian civilians from those areas occupied by Israel beyond the territory the UN designated for a Jewish state in 1948; the occupation of the West Bank and Gaza Strip in 1967 and the systematic elimination of Palestinian sovereignty over Israeli-occupied areas in those territories; the 1982 Lebanon War characterized by the expulsion of the PLO from Lebanon, culminating with the Sabra and Shatila massacres; a series of destructive campaigns that have resulted in the leveling of entire Palestinian towns beginning with “Operation Defensive Shield” in 2002. The common denominator in these events is the hand of Ariel Sharon, whose efforts to destroy any chance at Palestinian sovereignty are the primary focus of Kimmerling’s book.

Although Sharon is no longer alive to witness the climax of the campaign of politicide that he played such an active role in executing, his thinking informs President Trump’s so-called “new” approach to the Israeli/Palestinian problem. As Yehuda Shaul succinctly illustrates in the February 11, 2020 issue of Foreign Policy, Trump’s plan, including the map of what would be a Palestinian state, is a virtual carbon copy of the World Zionist Organization’s 1979 “Master Plan for the Development of Settlements in Judea and Samaria, 1979–1983.” This plan, though written by Matityahu Drobles, at the time head of the World Zionist Organization’s Settlement Division, was based on Sharon’s vision. By placing the weight of the United States government behind an Israeli plan, Trump has greatly expanded the war on the Palestinians in a way, which if it succeeds, not only eliminates any possibility of Palestinian self-determination, but also summarily negates all of the UN resolutions, international agreements and the global consensus that have served as the basis for attempts at a diplomatic resolution of the conflict. Hence, Trump’s actions have effectively killed the possibility of a negotiated solution to the conflict and, in the process, enshrined the principle of “might makes right” as the operative basis of his international relations policies.

Trump’s exacerbation of regional conflicts could not be more graphically illustrated than in his visit to India earlier this week. Trump was the guest of Indian Prime Minister, Narendra Modi, who is actively involved in a campaign to both physically and politically destroy the Muslim community in India. The centerpiece of Trump’s visit was a rally in a cricket stadium in Gujarat, Modi’s home state, and the scene of anti-Muslim riots that killed upwards of 2000 Indian Muslims in 2002. Modi, the Governor of Gujarat at the time, helped to orchestrate those riots. It is not the least ironic that Muslims were being bludgeoned and hacked to death in the streets of India while Trump was being feted by Modi. In agreeing to visit India at a time Modi’s party, the BJP, is openly promoting brutal and potentially genocidal campaigns in both India and Kashmir, and failing to utter a single condemnatory word, Trump has tacitly endorsed those campaigns. That endorsement led to an immediate escalation in what is clearly state-orchestrated anti-Muslim violence.

The only significant agreement coming out of Trump’s visit was a commitment of the United States to sell 3 billion dollars of advanced American weaponry, mostly helicopters, to India. That deal will likely be justified as part of a joint American/Indian effort to close the strategic gap between China and India; however, these weapons will most likely only be deployed against Indian and Kashmiri Muslims.

The Indian arms deals serves as a segue to a final area we will examine: the issue of weapons’ sales. Like his predecessors, Trump has continued the policies of selling billions of dollars’ worth of US weapons around the world. The most lucrative market in this deadly trade by far is the Middle East. The US arms Israel and Egypt, former adversaries. It is the largest weapons exporter to the Gulf States. In Iraq during the recent campaign against ISIS, the Iraqi central government, many of the Iranian-backed Shiite militias, the Kurds, and ISIS were all overwhelmingly using US-supplied weapons.

One of the distinctive features of Trump’s actions in this regard is his trademark candidness. He has let it be known that the sale of murderous weapons overseas translates into American jobs. His lack of interest in trying to limit the scope of the destructiveness of those weapons, on particular display in Yemen, clearly indicates his priorities –jobs over lives and stability. The instability and continued underdevelopment that many developing nations, like India, experience as a result of spending disproportionate amounts of their GNP on weapons as opposed to education, renewable energy and infrastructure only increases the likelihood of future conflicts.

In conclusion, it is true that Trump did not start the militaristic policies he perpetuates with great gusto. He is, however, doing nothing to alter those policies in ways that would allow anyone to entertain the illusion of his somehow being anti-war or in any way less militaristic than his predecessors. In addition to what has been mentioned above, Trump has glorified the military with rhetoric, symbols, and ceremonies, such as his proposed Kremlin-style military parade, in ways that create an atmosphere conducive to further entrenching militarism as an inextricable facet of America life and society. Those who see the inherent danger of the denigration of American diplomacy, the expansion of American military adventurism, arbitrary nuclear proliferation, reckless arms sales, and the corrosion of American society by the leeching of a toxic militarism into ever deeper recesses of our body politic, cannot be silent. We must decry this madness and help organize to bring it to an end.