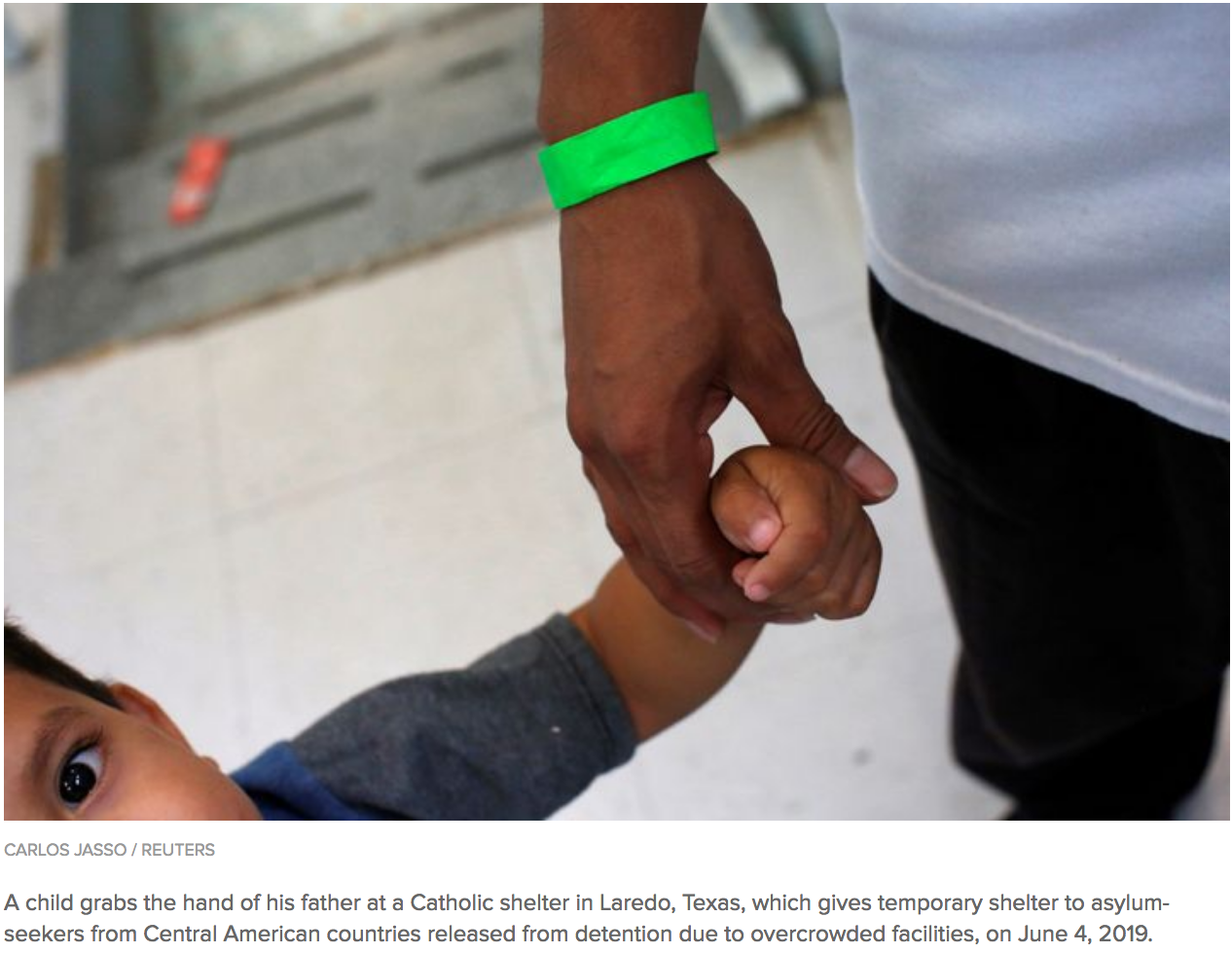 The “Muslims for Migrants” campaign has already secured the release of six detained parents.

American Muslims have raised over $100,000 this month to help migrant parents detained by the U.S. government post bail and reunite with their kids.

The “Muslims for Migrants” campaign has already helped secure the release of six parents ― five fathers and one mother ― according to CelebrateMercy, the faith-based organization managing the campaign.

“By reuniting these families, we wish to respond to hardship with hope, as our faith instructs us, and send a message of compassion through action,” the organization wrote on the campaign’s fundraising page, which launched Aug. 5.

The six parents, whose names are not being released for their safety, are from countries in Central America, the Caribbean and West Africa, according to CelebrateMercy. The parents had been living in the U.S. for several years before being held in detention centers for periods ranging from two months to four years.

One migrant father, whose own parents allegedly died from gang violence in his Central American homeland, was reunited with his pregnant wife and five-year-old child on Aug. 9, the nonprofit said.

A father of two from a West African country was granted bond in May 2019, CelebrateMercy said, but he remained in detention because his family couldn’t afford bond. His wife became the sole provider for the family and was facing eviction from their home, but with funds raised through the campaign, the father was freed on Thursday, according to the nonprofit.

The Muslims for Migrants campaign seeks to bail out detained migrant parents.
https://www.launchgood.com/campaign/muslims_for_migrants#!/

Tarek El-Messidi, CelebrateMercy’s founding director, said he hopes the fundraised bonds serve as an apology to these migrant families “on behalf of all Americans.”

“We’re sorry they had to endure this, sorry that we as a country have not treated them with mercy,” El-Messidi said. “We failed them. Many of these migrants are coming here, wanting stability and safety and escaping very harsh circumstances.”

“We hope they won’t have to suffer anymore going forward,” he added.

Over 50,000 migrants were being held by U.S. Immigration and Customs Enforcement in May ― a record-breaking number for the agency.

Bonds for detained migrants have reportedly increased under Trump. Bond amounts can range from $7,500 to $30,000, according to Pilar Weiss, executive director of the National Bail Fund Network, a network of local community bail funds.

Not being able to post bond can be financially and emotionally devastating for detained parents, Weiss told HuffPost. In families where the detained parent is the primary breadwinner, detention causes significant financial strain. The parents also risk losing custody of their children.

Being in detention also results in people not having legal representation, Weiss said. Unlike in criminal cases, the government is not required to secure a lawyer for detained migrants who can’t afford one.

Posting bond means that detained parents can be with their families, care for their children and work with their lawyers on immigration cases, she said.

“It is well documented that dealing with one’s immigration application from a place of freedom, with family and legal support, results in much better outcomes,” Weiss said.

CelebrateMercy is distributing its fundraising proceeds to the National Bail Fund Network, which is helping coordinate the bailout process. Weiss estimates the funds that have been raised to date will free at least another five parents.

“When we view the sickening conditions those migrating to our southern borders are exposed to, we should be touched and moved to action knowing that our religion grants those fleeing persecution, oppression, or ecological devastation, the right to migrate and to be duly considered for asylum,” the imams wrote. “We should further vigorously defend the dignity our Lord has afforded to all human beings, and our obligation to assist those who are suffering from recognized forms of oppression.”

The Prophet Muhammad, Islam’s founder, was himself a migrant, fleeing from Mecca to Medina to escape religious persecution. The Islamic calendar is calculated from the year of this important journey in the prophet’s life ― demonstrating the pivotal role migration has played in the religion’s history.

Many American Muslims have been alarmed by the blatantly anti-immigrant policies and rhetoric of the Trump administration, El-Messidi said, and were already looking for tangible ways to help migrants at the border. The launch of the fundraising campaign, which coincided with a period in the Islamic calendar when Muslims give more to charity, gave people a way to put their faith into action.

El-Messidi said his dream is for the campaign to raise enough money to reunite 100 migrant families.

“Everyone deserves a chance to sit with lawyers and be able to work on their case from a place of freedom, and that’s really what we’re trying to do here,” he said. “To give them a fair shot at their trial ― and hopefully, they’ll get that.”