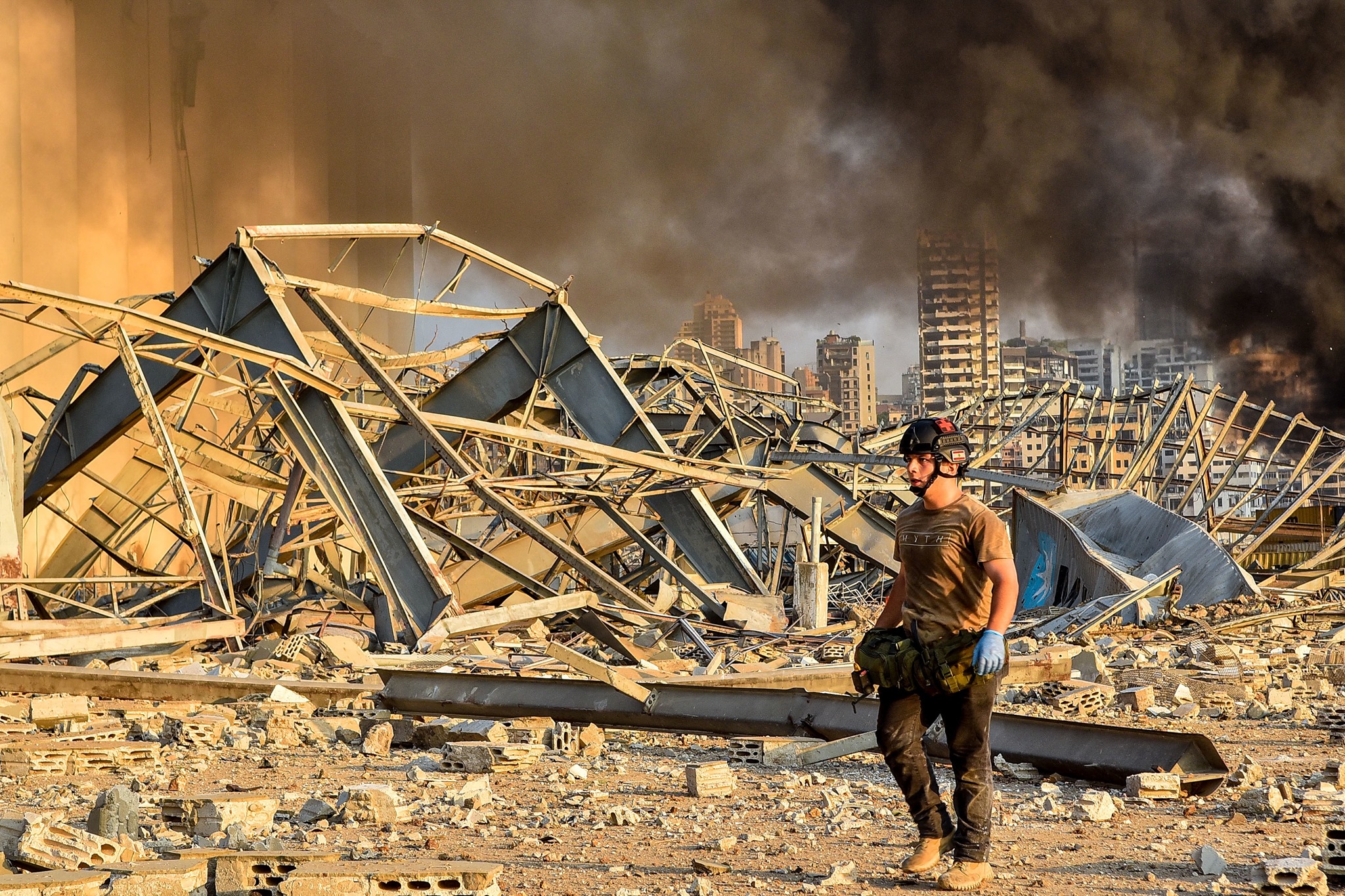 This past Tuesday, a massive explosion sent a giant mushroom cloud billowing into the air over the port of Beirut, Lebanon. As the dust settled, a landscape where the handiwork of humans -buildings, machines, cars, trucks, electrical wires- was obliterated; reduced to a twisted, melted, garbled, wasteland, block after devastated city block. We extend our condolences to the families and friends of the deceased, our prayers for a speedy, total recovery for the wounded, our hopes for a future that brings a fractured and suffering, yet still beautiful country, together.

The scenes of devastation this past August 4th, evoke memories of what occurred August 6th seventy-five years ago. On that fateful day, it was not thousands of tons of ammonium nitrate that exploded, rather, just over two pounds of enriched uranium. That atomic blast over Hiroshima, Japan, created almost unimaginable scenes of devastation and destruction, a scene similar to what has become of the Beirut port, only far more widespread and exponentially more deadly.

Unlike Hiroshima, Nagasaki, Tokyo, Dresden, Berlin, London, Hanoi, Beirut herself in 1982, Gaza City, and countless other population centers that have been bombed into oblivion, the explosion in Beirut does not appear to be an intentional act. Be that as it may, those responsible for leaving such a huge quantity of a highly volatile substance lying around for years in the middle of a densely populated area certainly are as criminally culpable as any general who casually plots the deaths of thousands of civilians whose demise is euphemistically dismissed as “collateral damage.”

We must affirm that dead civilians are not “collateral damage,” just as those whose lives have been tragically lost in Beirut are not victims of an accident. They are all fathers, mothers, sisters, brothers, aunts, uncles, cousins, friends, blessed souls beloved to many; all undeserving of deaths rooted in malicious design, or neglect benign.

As our potential to destroy, not just each other, but also the environment that houses us, becomes ever greater, we must work all the harder to affirm, protect and celebrate the sanctity of life. After the preservation of religion, protecting life is the highest objective of the Divine law. Therefore, it is incumbent upon each and every one of us to do everything we possibly can to ensure that man-made disasters like the ones that leveled the port at Beirut and the entirety of Hiroshima never happen again.