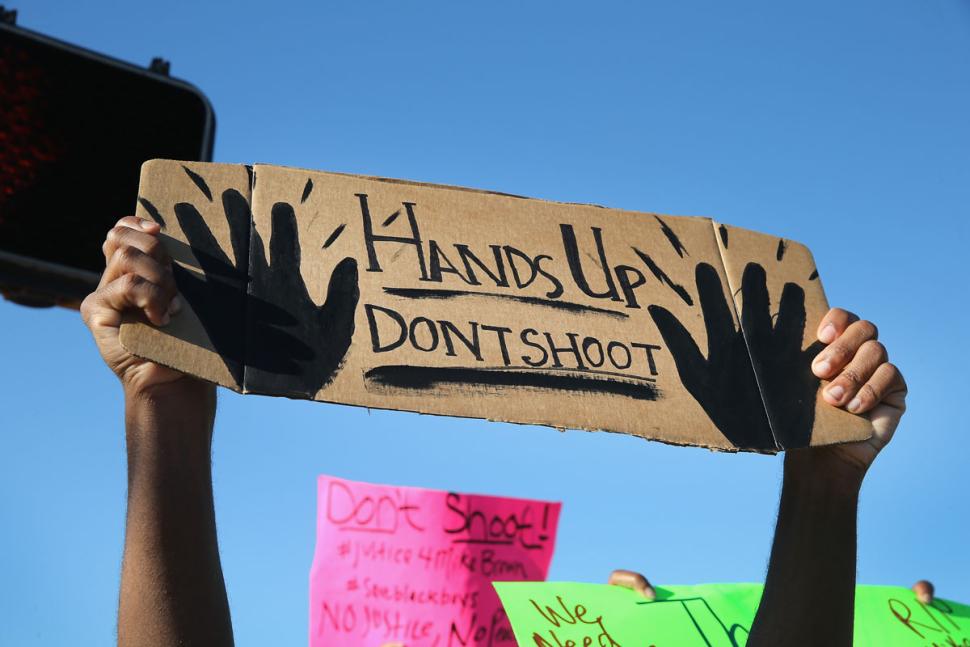 The recent killing of Tamir Rice in Cleveland, Ohio, casts more light on many of the issues relevant in the case of Michael Brown in Ferguson, Missouri. I mention this because those who argue that if African American males just act normal and mind our business these sort of killings would not happen. In this regard, my post on Ferguson, a few days ago, generated an informative and balanced discussion. Something was missed by all of the commentators at that time. Namely, virtually every victim of the police shootings I mentioned was acting normal at the time of his slaying.

Oscar Grant was lying face-down on the train platform when he was shot in the back. Like anyone in that position, he did not constitute a threat to the police officer who shot him, he was totally immobilized, which is normal for someone in his situation. Normal did not save his life. Ahmadou Djiallo was reaching in his pocket to pull out his keys to unlock the door to enter his apartment building, with his back to the police. That sounds pretty normal to me, however, normal did not save his life. Kenneth Chamberlain, who had accidentally set off his life alert device, called to police dispatcher to say he did not need assistance and when the police arrived he repeatedly told them he did not need their help. Seems like a normal scenario. Normal did not save his life. Papo Post was hanging out with a group of white friends on the outskirts of town. There is nothing abnormal in anything he was doing. Again, normal did not save his life. Miguel Arroyo was running from the policeman when he was shot in the back. Maybe he alone amongst those mentioned was up to no good, but his reaction to the police, knowing what every inner-city youth knows about what might happen when the police roll up on you, did what was normal, he ran. Did that justify him being fatally shot in the back? John Crawford’s reaction to Walmart’s advertising and display positioning was normal in every way. He pulled a non-lethal pellet gun from the shelf, a reaction Walmart encouraged, and was walking in the store with it. Is there anything abnormal about that response? Of course not. Normal, once again, did not save his life.

Tamir Rice, who I also mentioned in that post, was also doing something pretty normal for a twelve-year-old child. He was playing with a toy gun in the park. Perhaps he was being irresponsible in pointing the toy at people, but how much responsibility should we expect from a normal twelve-year-old? Shouldn’t his killers, trained law enforcement officers, have been a little more responsible in seeking to preserve Tamir’s life, or do their actions illustrate what is all too normal in such encounters?

Tamir’s killing illustrates some things that are dangerously too normal when police kill African American youth. By way of example:

1) Apparent lies by the police. The officer who shot Tamir says he ordered him three times to drop the gun and put his hands up. However, the video of the shooting shows that Tamir was shot as soon as the police arrived at the scene. It would have been impossible to issue that order even one time in the time that elapsed between the police arriving on the scene and the shooting.

2) Media defamation of the deceased. The day after the release of the video showing the police shooting Tamir immediately upon arriving at the scene, the newspaper headline did not highlight the inconsistencies between what actually happened and the initial police report. It did not highlight the tragedy of a boy losing his life under such tragic circumstances.  It did not highlight the restraint of the community and the calls for a civil dialogue with the police. What did the headline read? “Tamir Rice’s Father Has a History of Domestic Abuse.” Since Tamir is too young to have a history of thuggish behavior, we are reminded that the boy is the son of a thug.

3) Media advocacy on behalf of the transgressing police. In this case, in the immediate aftermath of the slaying, the media attention focused on the claim that the information mentioned by the 9/11 caller, whose actions set in motion the series of events culminating in Tamir’s death, that he was a “juvenile” and the gun was probably “fake” was not communicated to the police. If these observations could be made by an apparently elderly citizen, why couldn’t they be made by police officers who have been trained to enforce the law and protect the citizenry? Could they not see that Tamir was a child, nor consider that the gun might be fake? Were they so endangered by the mere presence of the child that they could not afford to investigate?

The fact that we need a separate normal if you are African American or Latino [1] in this country indicates a problem. Does that mean every police officer or department is corrupt. Certainly not, however, it does indicate that there is an entrenched double standard contributing to the death of an African American at the hands of law enforcement in this country (one every day and a half according the Malcolm X Grassroots Report), and that race is a significant factor informing that double standard. Not talking about it and the factors contributing to it is not going to make it go away. We need more dialogue and discussion around these issues, not less. Furthermore, talking about such issues is not racially divisive. Racial divides in this country already exist. Ignoring them is not going to make them disappear, it will only allow them to grow wider. It will also make them more difficult to detect, and that being the case, increasingly large numbers of folks will fall into them.

[1] Andy Lopez’s case, he was fatally shot in Santa Rosa, California while carrying a toy gun, is strikingly similar to that of Tamir Rice. Of course, The San Francisco Chronicle went out of its way to mention that the thirteen-year-old Lopez “appeared to be high on marijuana” at the time of his killing. What should the public take away from this? The Chronicle does not leave this to the reader’s imagination: “The marijuana, the report suggests, may have affected Andy’s judgment when he was approached from behind on the street by Gelhaus and a colleague.” In other words, it was Andy’s fault he was killed, not the actions of an apparently rogue policeman in a department with a documented history of abuse against Latino residents of the city.


We are a group of volunteers and opening a new scheme iin ourr community. Your site provided us with helpful info to work on. You've performedd a formidable process and our whole community will likrly be grateful to you.


It’s difficult to find knowledgeable people on this topic, however, you sound like do you know what you’re referring to! Thanks


You need to be a part of a tournament for one of the greatest blogs on the internet. I will recommend this website!