The Best of Women 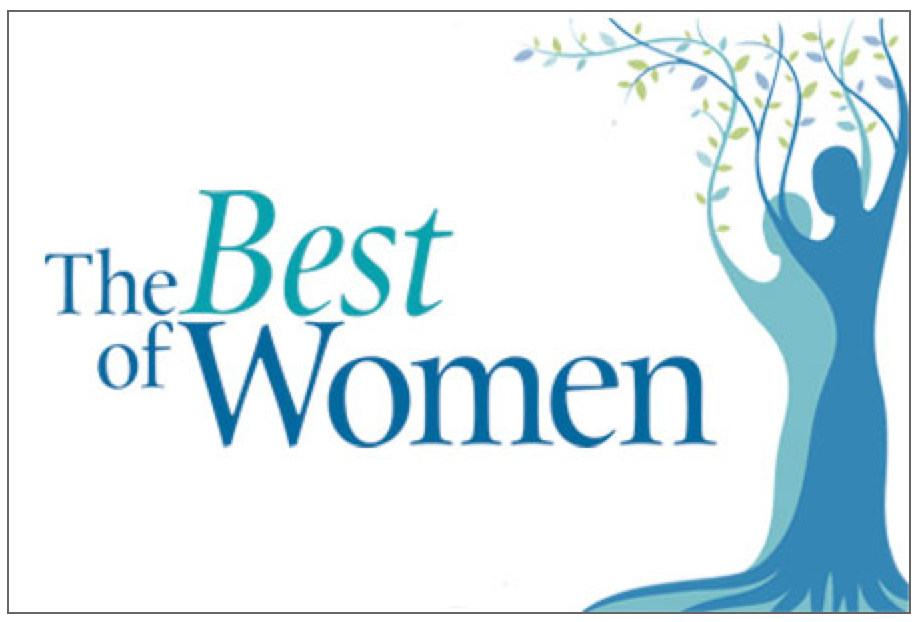 March 8, 2012 has been designated as International Women’s Day. The day has been set aside to celebrate the social, economic and political accomplishments of women. March is a most appropriate month for such a celebration. In the Northern Hemisphere, March signals the arrival of spring and the blossoming flowers whose colors and fragrances announce the rebirth of the land. Women, like the flowers of spring, adorn our lives and have been chosen by Almighty God to deliver into the world the young souls whose presence marks the regeneration of our human family.

Usually, when western Muslims speak of women and Islam, we speak of the rights and opportunities Islam afforded women in the economic, social and political realms long before similar developments occurred in Christendom. There is nothing wrong with such a narrative and it helps to normalize Islam to people in the west, both converts and others who are seeking to better understand a sometimes controversial world religion.

Hence, we will begin by mentioning some famous Muslim women, whose exploits reflect the lofty social status Islam afforded to women. The accomplishments of women among the Companions of the Prophet, in this regard, are well-known. Khadija’s financial and moral support to the Prophet and his mission were critical to the success of the fledgling Muslim community. Aisha’s learning and leadership gave her a standing in the early community that rivals that of her male contemporaries. Umm Salama’s wisdom and decisiveness broke the impasse that confronted the believers at Hudaybiya. Nusayba’s heroic defense of the Prophet, peace upon him, during the height of the Battle of Uhad, is legendary. Hafsa, the daughter of Umar bin al-Khattab, at the time of her father’s death, was entrusted with the protection of the standardized rendition of the Qur’an, considered by some to have been the greatest trust ever vouchsafed to anyone in the history of the Muslim community.

The erudition, wisdom, courage and vision of these and many other women among the Companions of the Prophet has lived on in the lives of successive generations of Muslim women.  For example, Amra bint Abdul Rahman, a jurist, mufti and hadith scholar was one the greatest scholars of the second generation of Muslims. The Umayyad Caliph, Umar bin Abdul Aziz, a great scholar in his own right, said, “No one remains alive who is more learned in the Hadith of Aisha than Amra.” She was highly praised by al-Zuhri, Yahya bin Ma’in, ibn Madini, Ibn Hibban and many others who recognized her erudition, especially in the area of hadith.

Amra exemplified a tradition of scholarly excellence among women, which continued throughout the centuries. During the 8th Hijri Century, there appeared a great scholar in Damascus whose lessons would draw students from all over the Muslim world. Aisha bint Muhammad bin Abdul Hadi was known to have possessed the shortest chain of narration back to the Prophet, peace upon him, of any scholar alive during her time. Among her students was Ibn Hajar al-Asqalani, considered the greatest of all latter-day Hadith scholars. He is reported to have read dozens of books with her and to have received the Hadith of Mercy (al-Musalsal b’il Awwaliyya) from her.

Other women were known for their great linguistic prowess. In more recent times, we can mention the example of Aisha Ismat bint Isma’il Taymur, who passed away in Egypt in 1902. Educated in both the linguistic and religious sciences, she became one of the leading literary figures of her time. A master of Arabic, Turkish and Persian, she embodied the Egyptian-Ottoman culture that dominated Egyptian intellectual life during the latter half of the 19th Century. She published lengthy collections of poetry in Arabic and Turkish, wrote for many of the leading literary magazines of her day and was a staunch advocate for female education. Although she was not known for her religious poetry, she was known to be a woman of great piety.

As Muslims, we cannot limit our appreciation of women to their social, economic and political accomplishments. Many women throughout the history of our community are famous for their devotional acts and the high spiritual stations they attained. Rabia al-Adawiyya is well-known in this regard, however, there are many others who are largely unknown. One such woman is well-known by name, but most Muslims know very little about her life. She is Sayyida Nafisa. The daughter of al-Hasan bin Zayd bin al-Hasan bin Ali bin Abi Talib, she was born in Mecca in 145 AH. She grew up in Medina, but spent her later years in Egypt where she is buried.

Sayyida Nafisa was a scholar of repute, having memorized the Qur’an and mastered the exegetical sciences. It is said that Imam al-Shafi’i, whom she greatly respected, studied hadith with her after his arrival in Egypt. She was most known for her devotion and piety. She fasted perpetually, prayed the entirety of the night, constantly recited the Qur’an and frequently wept out of fear and longing for God. She performed thirty pilgrimages to Mecca. She was also blessed with considerable wealth and spent freely on the sick, poor and downtrodden. She was also a financial supporter of Imam Shafi’i during his time in Egypt.

Sayyida Nafisa was associated with many great blessings. Once, she was left to care for the invalid daughter of her Christian neighbors who left their house to go to the marketplace. When she saw the bedridden child she began fervently praying for her cure. No sooner had she finished her prayer did the young girl regain the use of her limbs and was able to walk to the door to greet her parents upon their return. The entire family then became Muslims.

At the end of her life she fell ill. Her attendants beseeched her to cease fasting for the sake of her health. She replied, “For thirty years I have fasted asking Allah that I meet Him while I am fasting. Am I to break my fast now [while I am close to the meeting]? Never!” She recited Sura al-An’am during the still of that night until she reached the verse, “They will have the Abode of Peace in the presence of their Lord, while He is their loving protector, because of the righteous deeds they used to do (6:127).” She then uttered the Testimony of Faith and quietly passed away.

As we celebrate International Women’s day let us celebrate this aspect of femininity. Islam certainly advocates for a balanced social order where there is space for the contributions of men and women. However, its primary purpose is to prepare human beings to succeed when we meet our Lord. Ultimately, we are living for the Hereafter, not this world.


I'm going to thank you with respect to your web site. You've a great deal of fascinating content so the website is worth your time. I am a student in Southern california and I have an crucial school assignment due soon. I am just having trouble and have got writers block currently as I am investigating. Only need somebody to support me revise the free essay I found online &lt;a href="http://www.customessaymeister.com/customessays/Poetry/2280.htm"&gt;out out brief candle - robert frost essay&lt;/a&gt;. That report satisfies my personal specifications however is composed in a poor style and there are sentence structure faults. Do you think I should proceed? I'm just eager for help, so any kind of suggestion might be terrific.


Zaid, I appreciate your thoughts! To make forward the women male's support is highly needed. Thanks for the info about the effort of prophet's wives but I think women didn't work only as the backstage performers as we know about the pioneer the first Muslim woman Sumaya which is very inspiring for the followers. Thanks!


Is fasting a must in this religion?


This is a very good idea! Just want to say thank you for the information, you have to share. &lt;a href="http://www.dominatewebmedia.com/"&gt;how to advertise on facebook&lt;/a&gt;


I'm so blessed that I found and knew about your inspiring blog. &lt;a href="http://www.derekweaver.com/"&gt;2 post lifts&lt;/a&gt;


Thanks for posting this one to us.


This is the day to remember how women is important in every family.


Thanks for letting us know about your essay, Timur. I started to review it and soon will send you my thoughts on it.


It shows a lot of definition you've made.


I dream of your blog very much and thank you for waking people up with all the new concepts you are offering. Great adorable job! no win no fee car accident claims


Hello, i think both man and women are important in the life but some people always go one side either men or women i think we should respect both as a human being rather than as per gender point of views.i am happy to read this wonderful article but people sometimes are very partial if some wrong happens with women not look at the wrong happen with men. we should have the concern as human being either man or women


useful post and I think it is rather easy to see from the other comments as well that this post is well written and useful.


I'm glad to read this wonderful topic the best of a woman blog post. good to readable valuable topic post.