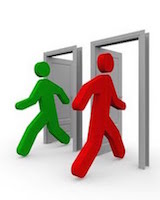 Trump and the millions of racist Americans he faithfully represents love to point out the problems of what Vijay Prashad refers to as, “The Darker Nations.” However, there is no acknowledgement of what we and other western nations have done to create what Trump so derisively referred to as s***holes countries.

Haiti is a prime example. They never mention that one of the principal reasons Haiti is the Western Hemisphere’s poorest country is because it spent much of its first century of independence paying reparations to France to the tune of an estimated forty billion dollars. What would forty billion dollars have done to spur development in a tiny island nation like Haiti? Furthermore, what does it say about the honor of the inhabitants of that s***hole that they dutifully paid that staggering sum to begin with? They are certainly far more honorable and dignified than the current occupant of 1600 Pennsylvania Ave., Washington, DC.

They also fail to mention how we collaborated in supporting the brutal dictatorships of Papa Doc and Baby Doc Duvalier over the Haitian people.  When they were finally able to breathe the fresh air of democracy and elected a champion of the poor, Jean-Bertrand Aristide, we systematically undermined his presidency for years (after an initial show of support) until we finally sent in a military unit to kidnap him and dump him in the Central African Republic in February 2004.

Many Americans like to talk about Haiti’s dependence on outside aid but they never mention how President Bill Clinton destroyed Haiti’s indigenous rice economy for the benefit of rice farmers in his home state of Arkansas, America’s largest rice producer. If anyone doubts this occurred consider the crocodile tears Clinton shed when confessing to and then apologizing for this crime in the aftermath of the devastating 2010 Haitian earthquake.

A Facebook post could not begin to provide enough space to detail the coup d’tats, proxy wars, resource plunder, weapon sales, assassinations, sabotaged elections and other crimes America has committed in Africa. Our imperialist and neo-imperialistic policies have aided the underdevelopment of Africa in clear tangible and intangible ways. Now we are threatening the further militarizing and destabilization of the Continent via USAFRICOM.

After all of that our president has the audacity to refer to these nations as s***holes. Most of the s**t we detest in Haiti, Africa and many other places vexing us has “Made in America” smudged on it. If we don’t want to have to deal with s***hole countries we need to stop exporting our s**t all over the world. Unfortunately, that will be difficult to do because our own toilet is broken and the sewage is rising fast and it stinks.

Before appealing for emigrants from Norway, we need to acknowledge that something is rotten in the State of Denmark.


My brother recommended I may like this website. He used to be totally right. This post truly made my day. You can not consider simply how so much time I had spent for this info! Thanks! dbdbdgegfefd


As I web site possessor I believe the content material here is rattling great , appreciate it for your hard work. You should keep it up forever! Good Luck. aadddegegkkefeca


I usually do not drop a comment, but I read a few degbaacedkdefffc