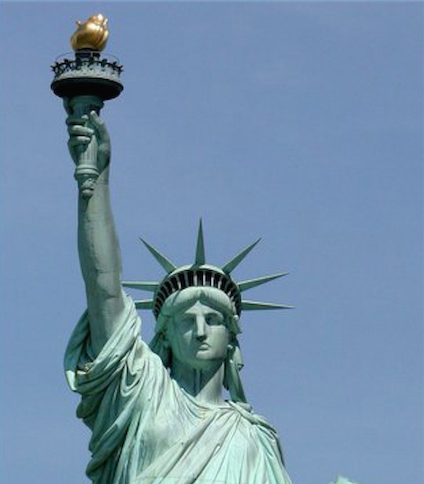 The events of this past weekend, beginning with the Trump Administration’s anti-Muslim executive order and culminating with the murder of six Muslims at a mosque in Quebec have sent chilling signals to the Muslim community in North America.

Many Muslims are not surprised by these developments, knowing the full history in America of some of the forces Trump represents as well as how dangerous racially-induced hatred can become. This is especially true when that hatred becomes wedded to a political agenda. Most Muslims, however, are shocked and filled with fear and anxiety.

What is to be done? First of all, we cannot allow ourselves to be consumed by fear. Fear mongers, regardless their religion, are dupes of Satan. We are commanded in the Qur’an (3:175) not to fear them. We must be courageous and patient.

Secondly, we cannot allow ourselves to allow the hatred directed towards us to fill us with hate. “The hate that hate produced” was an inaccurate and inapplicable statement when it was first directed towards the Nation of Islam in 1959 and we have to make sure it is never applicable to Muslims in our nation today.

We must counter hate with love, fear with hope, division with unity and chaos with community. These are things we Muslims should see ourselves doing not out of desperation or expediency. We should do them because this is what our religion teaches us (Q: 41:34).

Thirdly, we have to look at what other people are threatened with by the cabal in Washington, DC. African Americans face the prospects of an expanded prison system and the cancerous growth of the mass incarceration regime by the “law and order” president who has threatened to make “stop and frisk” the law of the land. We know well the implications of those dog whistles.

Our Latino brothers and sisters face the decimation of their families and communities by the threatened deportation of millions of their people. Native folk face the further desecration of their lands, the expanded exploitation of their resources and total governmental disregard in terms of doing anything that would address the burning issues such as suicide, alcoholism and the systemic poverty that ravages the lives of far too many in their communities.

Jews face the recrudescence of dangerous and destructive levels of anti-Semitism, which not only pose a threat to their communities but to the very foundation of our national ideals. Realizing this helps us to keep the challenges Muslims face in perspective.

It is heartening to witness the outpouring of support from so many people from all of the communities mentioned above, and beyond. They showed up at airports this past weekend, not just to protest, but in many instances to help free Muslims who had been unjustly and illegally detained.

We must stand with them all. We are all in this together. We must also begin to communicate with our neighbors, coworkers, fellow students and fellow citizens to let them know who we are and what we stand for. This crisis we find before ourselves has been in the making for over a decade, largely because we sat back and remained silent as people possessing a visceral hatred for Islam and Muslims defined our religion and community to the public. Those people are now in power. We can no longer afford to be silent.

Finally, we must become a community of universal voter registration and keen political consciousness. The 2018 midterm election will be one of the most important in American history. It will be a referendum on the future of this country. What will be at stake is the continuation of the program to make America great “again” or to work to make it great.

Great “again” means glorifying a past that included genocide, slavery, Jim Crow, Chinese exclusion, Japanese internment, anti-Semitism and a host of other memories the folks who want to make America great again find to painful to remember so they simply choose to forget.

Great means continuing to come together as a people to work towards a system of mutual respect, while encouraging each other to bring forth the best of our respective traditions, histories and experiences to build an exemplary community.

Ultimately, as Dr. King reminded us, we have a choice between chaos or community. It is up to each and every one of us to do our part to ensure that we choose community.


As Salaam Alaikum, Beloved Imam Zaid, InShaAllah you are well. Every statement in this article is not only timely, but rings solidly true. I would like to quote some of these points when I conduct the Jumah in two weeks. What is necessary to recieve your approval, other than informing you. Your Brother in Islam, Imam Askia Mohammed


I'm really enjoying the design and layout of your site. It's a very easy on the eyes which makes it much more enjoyable for me to come here and visit more often. Did you hire out a designer to create your theme? Superb work! http://educationtips.eu


You're so interesting! I don't suppose I've read something like that before. So good to discover somebody with original thoughts on this topic. Really.. thanks for starting this up. This site is one thing that's needed on the web, someone with a little originality! http://edutips.eu


When someone writes an piece of writing he/she maintains the thought of a user in his/her brain that how a user can be aware of it. Thus that's why this article is great. Thanks! http://educationclue.eu


Thanks for one's marvelous posting! I actually enjoyed reading it, you will be a great author. I will be sure to bookmark your blog and will come back in the future. I want to encourage you continue your great writing, have a nice evening! http://healthclue.eu


Thanks in favor of sharing such a pleasant thought, piece of writing is nice, thats why i have read it completely http://educationtip.eu


Hey there, You've done an incredible job. I'll definitely digg it and personally suggest to my friends. I am sure they will be benefited from this web site. http://educationhints.eu


Hello! I've been following your weblog for a long time now and finally got the bravery to go ahead and give you a shout out from Dallas Tx! Just wanted to mention keep up the good job! http://studypoints.eu