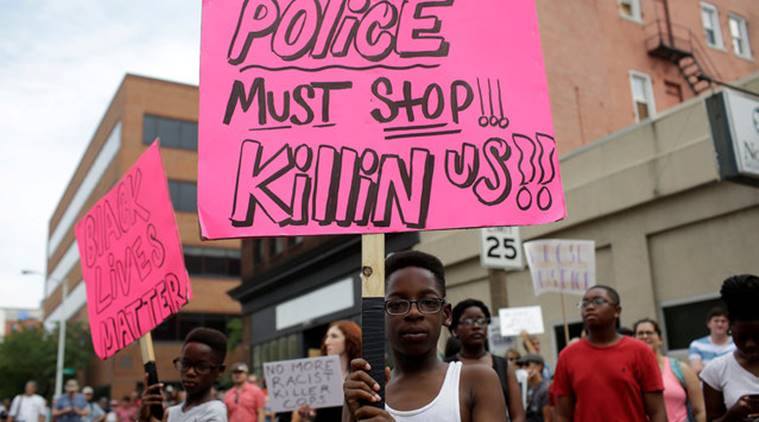 In 1970 the R&B group, The Temptations, sang about “...cities ablaze in the summertime.” The reference was to the race riots that left large swaths of cities like Los Angeles, Newark, Detroit, Philadelphia, Washington DC and others burned to the ground. Racism, America’s seemingly incurable disease, continues to rear its vile head and we see sections of cities like Ferguson and now St. Louis ablaze as a result of the intense racial polarization tearing at the seams of our society.

In the African American community, those tensions are worsened by the scores of men, women and children shot by police with no accountability. There are those who may argue that some of those killings are the result of poor judgment, inexperience, fear or inadequate training. However, when an officer says “I’m going to kill this motherf*****...”, as happened in the Saint Louis incident triggering the current unrest, or is wearing a T-Shirt emblazoned with a confederate flag under his uniform, as was the case when Ray Tensing shot unarmed, non-menacing Sam DuBose in the head, there is no argument.

The era defining the Temptations song was itself defined, to a great extent by Dr. Martin Luther King, Jr. Dr. King was killed before he was able to fully develop the movement to bring down what he referred to as the evil triplets of racism, militarism and materialism. Dr. King presciently understood that most of the ills in our society are a function of those three evils.

Dr. King of course was a Christian, however, the forces he challenged are ecumenical in nature. They affect Catholics as much as they affect Protestants; they affect Muslims as much as they affect Christians. As Muslims, we must recognize that the times are calling us to be the heirs of Dr. King’s mission. It may not be today or tomorrow, but sooner or later we must respond and join forces with others who are fighting these evils. Until then, tensions will continue to rise and cities will continue to burn.


We must respect all races and religion. https://www.tarteelequran.com