Dabiq: An Argument Against ISIS 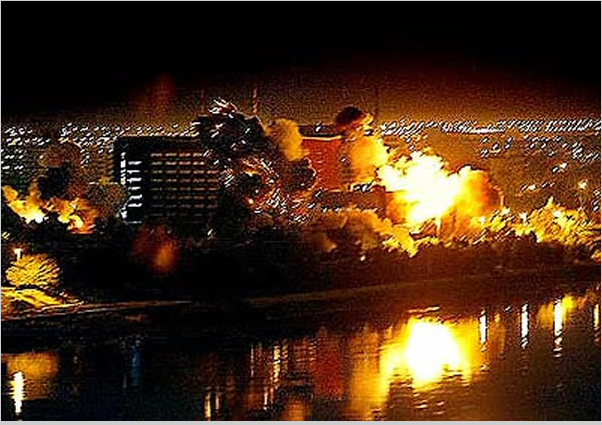 The Hadith of Dabiq: A Proof Against ISIS

One of the most powerful recruiting tools of ISIS has been its ability to create an apocalyptic appeal around the prophesized destruction of a “Crusader” army at Dabiq, a location in Northern Syria. So central has this idea been to the call of the group that they have given their propaganda magazine the name of that place –Dabiq. It is now obvious that such a confrontation and the ensuing victory of the “believers” will not occur. What is their contingency plan? Apparently, sending waves of suicidal murderers out into the world to reap a grim harvest of innocent souls.

The current wave of murderous violence, unleashed in Ramadan no less, reveals the base, un-Islamic nature of ISIS. They have no prophetic cover for their actions. Where is the Hadith that prophesizes, rationalizes or justifies the ghastly carnage associated with this group? Where do we read a Hadith that states: “After the failure of the Crusader army to assemble and then be destroyed at al-‘Amaq or Dabiq, the army of the Muslims will disband and scatter throughout the Earth to murder unsuspecting men, women and children.” No where is such a license for slaughter to be found.

That being the case, every Muslim should see this group for what it is, namely, a band of criminals using the name of Islam to justify heinous crimes against humanity. At this point some angry protestor will inevitably ask, “Why aren’t you condemning America’s crimes against humanity? What is the difference between those crimes and the crimes of ISIS?” The answer should be clear. America does not bomb, murder and occupy in the name of Islam. Therefore, condemning her crimes is a political and moral imperative that has nothing to do with religion. I have personally spent half of my life responding to that imperative. As for the crimes of ISIS and similar groups, they are undertaken in the name of Islam and are used to misrepresent our religion with devastating effect. Condemning those crimes is not just a moral or political imperative, it is also a religious obligation, which every capable believer should strive to fulfill.

Tuning to the text of the Hadith of Dabiq, it mentions that, “An army of the best [Muslim] soldiers on earth at that time will emerge from Medina to meet them (the Roman forces).” Since the establishment of the ISIS “Caliphate,” has an army come forth from Medina? No, it has not. On the contrary, now the worst soldiers on earth, those who use suicide and murder to indiscriminately kill innocent people, have descended upon Medina.

This is the exact opposite of what the Dabiq Hadith, which mentions a righteous army emerging from Medina, describes. That being the case, and for many other reasons, ISIS is shown for what it is. Namely, a political organization that uses religion to disguise a bloody, heartless agenda. Its defenders will claim that it is defending disenfranchised Sunnis against the Shiite in Iraq, or against the Asad regime in Syria. The latter claim would be rejected by virtually all of the groups actively opposing the Syrian regime. As for the former claim, growing numbers of Sunnis in Iraq, after tasting the brutality of ISIS’s rule, are increasingly willing to take their chances with the central government and its allies.

Like any modern political entity the raison d’etre of ISIS is self-preservation. By engaging in acts of indiscriminate violence such as that recently witnessed in Istanbul, Dhaka, Baghdad and now Saudi Arabia, to say nothing of its previous crimes, ISIS shows that its primary mission is not protecting Muslims, it is ensuring its own survival, regardless of how many innocent people, most of them Muslims, perish in the process. Its mission is not religious. It is strictly political. That being the case, it can claim no moral high ground against its enemies. Hence, the Hand of Divine favor, promised for the assistance of the army of the believers at Dabiq, is not extended to the army of the politicians in Raqqa. They are left to their own devices and no matter how desperate and homicidal their minions become, they will fail.


I have recently bought the Koran and I'm reading through it looking for justification for IS behaving in the way they are. It isn't there. Not so far anyway. There appears to be some advice for none believers about their possible fate but I can't find anything yet that encourages Muslims to kill innocents, whatever their beliefs. It did occur to me though that because they are so far off the Islamic mark, it's time for the Muslim community to speak in one voice and to make it known to IS that their vile activities are not being carried out in the name of God.


Your poitsng lays bare the truth


May I ask, who ARE you? How do you expect people who know nothing about you to simply take your word to be the absolute correct answer to the western dilemma called the ISIS-ISIL-DAESH etc...? The method in which you state your grounds for how you feel is so out of tune with what a person of knowledge would carry out. You sound like an advertizing poster just assuming that because you have written a few words, it's sufficient for everybody to believe. And maybe you think that by adding "imam" at the beginning of your name, it'll add credibility to your story? You Goys are not even scholars like the true scholars who went out of their way to establish the authenticity,proof, context etc of aayaat and ahaadeeth. You goys just got ir all on the plate and think that you can pass the fataawa because you're a part of THAT group of scholars? The true scholars have all passed on and left behind sufficient evidences to establish who is on Haq and who is on Baatil in this era. Your reasons stated above have no rational basis but are based on hearsay, media deception and the consequent emotional feeling of guilt being infused into your psyche. I have caught out many of you so called imams by bringing up authentic ahadeeth, and seeing the confused look on your faces that clearly show you do not have the retention ability like true scholars do. Please rather shut up until you can advance an academic plausibility for your rantings.


I'm not one to say but I think you hit the spot regarding them not carrying Quran's wisdom. They are basically slaughtering people out of their own personal gains and purpose. I hope all this crazy terrorism acts will stop soon. https://www.instagram.com/bestwritingadvisorcom/