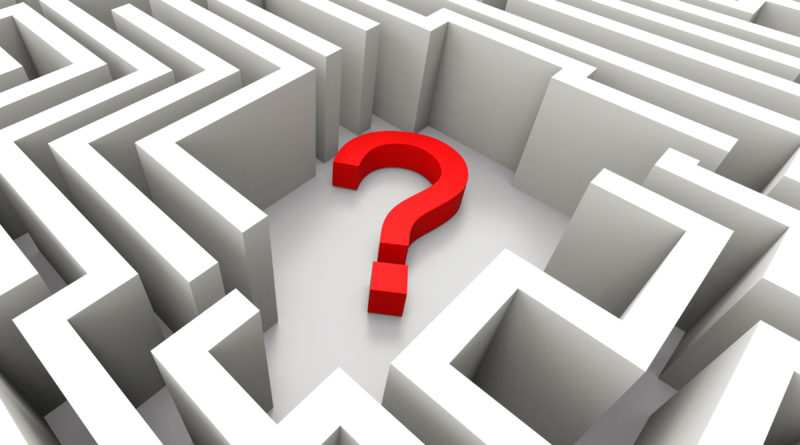 As we North American Muslims enter a new year it might be beneficial for us to ask ourselves some serious questions. A bit of soul searching has never harmed anyone. The type of questions I have in mind involve a set of challenges to some of the prevailing trends which currently occupy our minds and in many ways imprison our hearts. They are not meant to be offensive or hurtful, rather to stimulate a little reflection.

First of all, what does it say about our religion if for over 1400 years Muslims did not have clarity on a series of fundamental issues which are totally disconnected from the rapidly evolving technology that defines our modern or postmodern condition? For example, if we are not sure if our prayers are valid if we are flying in an airplane, that confusion should be understandable as there were no planes during the time of the Prophet (blessings and peace upon him). However, did we as an Ummah have to wait for over 1400 years to be informed as to how to dress? Did rulings on issues like the incumbency of Hijab for women, the Sunnah of head covering for Muslims men (one would be hard pressed to find a picture of a practicing Muslim man from the 19th Century without some sort of head cover), modest attire for men and women, and related issues have to wait until our time to be properly adjudicated?

What even moved us to seek “Fatwas” on such issues? Was it the strength of our quest for liberation or the weaknesses of our faith? Similar questions could be asked about our sexual mores. What are the implications for our religion if for 1400 years we did not know who it was lawful to go to bed with? Did our scholars lack the hermeneutical prowess to understand the texts related to such matters or do we lack the self-restraint for their insights to matter anymore?

Are the textual foundations which inform such matters so vague or ambiguous that an alternative feminist reading of them would, by way of example, produce a drastically different set of rulings? Have we forgotten that a woman, Aisha (May Allah be pleased with her), once discouraged women from joining the prayer in the masjid while a man, Abdullah bin Umar (may Allah be pleased with him), vigorously defended that right.

Reflections along these lines lead to a deeper question. Why is it so critical at this particular historical juncture that the Islam which survived the Crusades, the Mongol invasions, the great Bubonic plague and other existential threats be changed to accommodate a system of thought which is responsible for the most destructive forms of ecological degradation the world has ever seen; the greatest disparities in income distribution yet known to humankind; the means (nuclear weapons) to end all life on this planet; and the deepest crisis of meaning and purpose yet faced by our species? Is it because the less ugly face of modernity is so alluring that it blinds us to these and other unsavory realities or is it because the universality of secular education among Muslims in the West has robbed us of the confident faith of the illiterate old lady who scoffed at Imam Fakhruddin Razi?

We do not know where all of the social, ecological, cultural, political, economic and scientific experiments which currently define our age will end. Based on developments all around us only a fool would say that the prognosis is good. We do know what Islam has done and is doing for human beings all over the world. It gives Muslims who are witnessing their people brutally murdered and systematically forced from their lands and homes in places like Myanmar the will to live and to forge on. It makes the people of Niger among the most optimistic people on earth despite the fact that they are among the poorest. It renders the Palestinian people among the most hospitable people on earth despite the inhospitality they have faced from those who would remove them from their ancestral home. It gives the people of Ache the power to view the tsunami which decimated their coastal lands as a test from God, which took their homes, livelihoods and loved ones, but only increased their faith.


As Salaamu Alaikum Imam Zaid Thank you for sharing your insight, faith, and inspiration. Also, looking forward to the livestream programs in the near future! Jazak'Allah Khair


Thank you imam. I share your prayer. I also pray we as American Muslims can come closer together with one another in our thinking. Especially those who share a common past and a common future.


I appreciate this article. May Allah reward you Shaykh, for reminding us of this important topic. Ameen.


I like this stuff and will share it with others after &lt;a &gt;bus trip to niagara falls from nj&lt;/a&gt;.


I would like to say that such great stuff has shared here about this thing. I will try to read about this more after coming back from my &lt;a &gt;chinese bus to niagara falls&lt;/a&gt;.