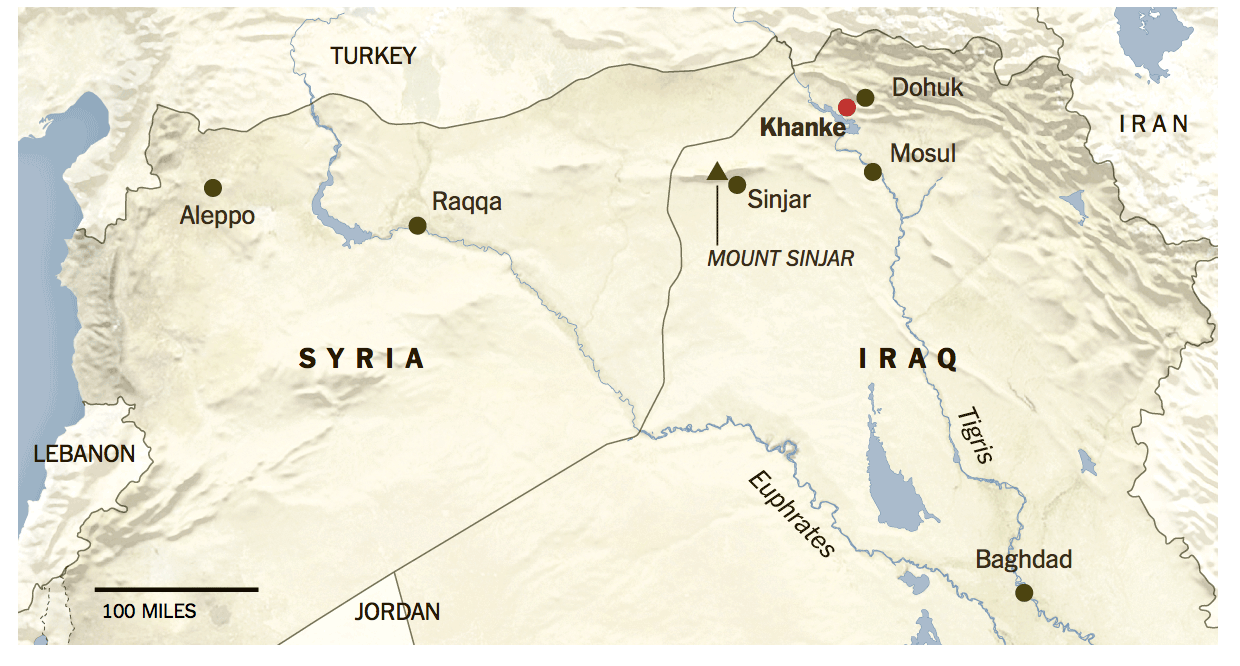 Today’s New York Times’ (NYT) article highlighting ISIS’ sexual enslavement of Yazidi women has cast a critical light on the issue of slavery and Islam. The ensuing implications should concern all Muslims. This is so owing to the fact that ISIS presents its practices as normative Islam and accuses the masses of Muslims who reject their draconian interpretation of the religion as ignoramuses or cowards who are afraid to identify with “real” Islam.

ISIS’ practices and fatwas are based on a type of literalism that has never been part of normative Islam, both during its formulation and after its maturation. Why is this so? Normative Islam is based on both rulings and interpretive principles. Those who, like ISIS, separate the rulings from the interpretive principles underlying them, both misrepresent Islam and open the door to varieties and degrees of harm that the religion strictly forbids.

The idea of understanding rulings in light of interpretive principles is implied by the Prophet, ﷺ, when he stated, “Whosoever Allah desires good for, He gives him a good understanding of the religion.” By implication, one Allah desires to ruin is left void of any understanding. The relevant point here is that merely knowing a particular ruling is not sufficient. One has to understand it.

The first thing we should understand about slavery is that it is not an integral part of Islam such as praying, fasting, the prohibition of interest, etc. As such, it is amenable to being rejected without any sin falling on the one rejecting it. For this reason, every Muslim nation has legally outlawed slavery and there have been no noticeable protests or accusations of sin or disbelief levied at the ministries and scholars who oversaw the drafting of the relevant legislation. We remind Bernard Haykel that these prohibitions occurred long before the advent of ISIS, so they were not motivated by embarrassment.

The fact that slavery is not an integral part of Islam also means that fatwas associated with it are amenable to change with changing circumstances, something that factored into the prohibitions mentioned above. We can cite the following as an example of an issue calling for a change in a fatwa associated with sexual slavery. For those who argue that Islam has retained sexual slavery as a deterrent to other nations from going to war against Muslims; in the current context, the actions of ISIS are being used to fan the flames of war against Muslims as hatred and fear of not just ISIS, but Muslims in general grows. In that the ruling to re-institute slavery has lost its deterrent power, the ruing itself collapses. The legal principle relevant here is the following: “A ruling is associated with its legal rationale, implemented when the latter is present, voided when it is absent.”

The widespread rejection of slavery among Muslims has become the ‘Urf or convention of the Muslim people. In this case, such convention has legal authority. One indication of this is that ISIS had to publish articles rebuking its hesitant minions who were repulsed by the idea of enslaving and raping Yazidi women and girls. Rogue individuals or groups who violate this convention do so without any authority or legitimacy.

Another relevant legal principle is consideration of the future harm resulting from implementing a ruling. This principle is subordinate to the principle of removing the means that lead to an unlawful end, even if those means, in some cases, are themselves lawful. In the case of ISIS and slavery, one of the frightening implications of their actions is that it is turning people away from Islam in droves, including many Muslims. Combined with the rise of an organized and aggressive Atheist movement, the murderous and rapacious actions of ISIS are becoming the poster child used to highlight everything that is wrong with religion in general and Islam in particular, in the view those attacking Islam from this angle. The first and highest objective of Islamic law is the preservation of religion itself. When an action, such as sexual slavery, which in no way, shape, or form could be described as an essential of the religion, is undermining the religion, that action is to be rejected. Hence, we reject these repugnant actions of ISIS and urge all Muslims to do the same.

Our religion is not this hideous Frankenstein-like creation being cobbled together by ISIS and their ilk and endorsed by some Islamic studies students at Princeton University. It is a beautiful gift of a sophisticated civilization, however, that gift will not be understood or understandable when the principles that allow us to make sense of various rulings are cast aside. May Allah grant us all understanding.


Can you recommend any good articles on the topic of slavery and concubinage in Islam?


The prophet was perfect and kept slaves, how does this square with your "interpretation" of the Koran and islam?


There seems to be a lot of misconceptions out there when it comes to Islam. I think educated people know that Islam, like most religions, is a peaceful religion. However, like most religions, there are evil groups. These evil minority often times out weigh the silent majority when it comes to public perception. ~Benny @ &lt;a href="http://www.rentapartybusfortlauderdale.com/"&gt;Website&lt;/a&gt;