Jerusalem: What Can We Do? 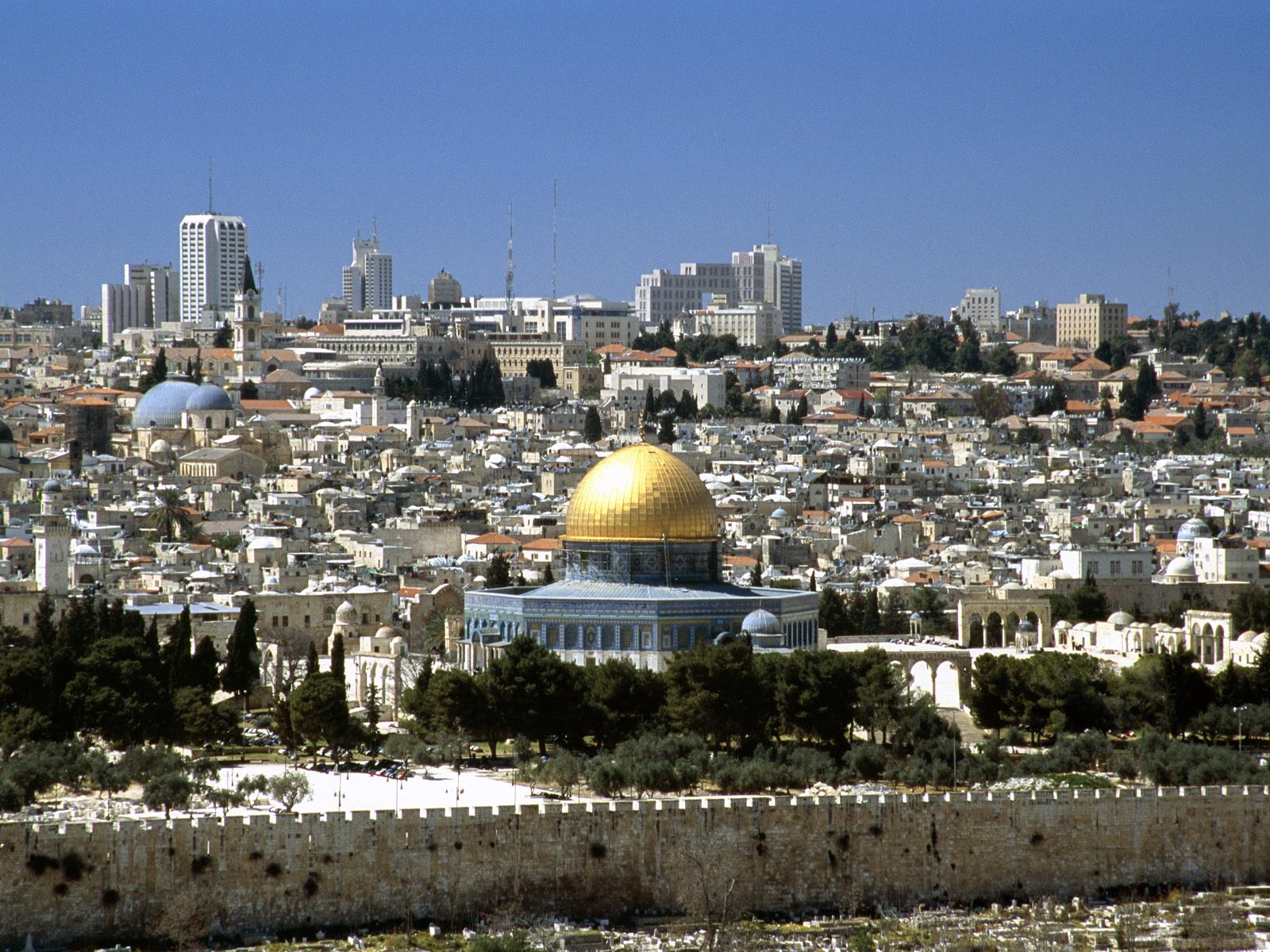 The recent decision of President Donald J. Trump to both recognize Jerusalem as the capital of the State of Israel and to move the US Embassy to that blessed city is not only a slap in the face of the world’s Muslims and the Palestinian people, it is also a defiant rejection of a prevailing global consensus and it heralds the official death of the peace process.

Trump’s Jerusalem declaration is just the latest in a long line of divisive, dismissive or racist actions taken by the current president and his administration. In light of the opening salvo of his election campaign, which started with a racist insult of Mexicans, his “grab them by the p****y” remark, his “drill baby drill” support of pipelines through native lands, his dismantling the national parks system, his Muslim ban, his besmirching protesting black NFL players as “sons of b***hes”, his rejection of DACA, his pimping our national parks to his corporate buddies, his attempt to end net neutrality, his defense of armed racists in Charlottesville, his retweets of fictitious anti-Muslim black propaganda, his vindictive insults of foreign leaders who dare to question his wrecklessness, his shameless insult of Kirsten Gillibrand, and much more, Trump’s Jerusalem declaration should come as no surprise. It follows a pattern of words and deeds that set back women, Native folks, Latinos, African Americans, poor people, Muslims and anyone else who would not qualify as part of his base of supporters.

Why do these things keep happening? They continue to happen because there are segments of the American public who are either racist enough, shortsighted enough, self-interested enough, perverse enough, frightened enough or just plain gullible enough to support him while his opponents have been too frightened or fragmented to mount any credible opposition.

In terms of any potential Muslim opposition, globally, fear of Iranian expansionism has driven Saudi Arabia and most of her GCC allies into a de facto alliance with Israel. Iran can only act effectively in the Levant via its Hezbollah proxy and Hezbollah has expended itself in Syria. Palestine has never been a priority for the so-called “Jihad” movements. Egypt is preoccupied with its own civil strife, and Sisi has made clear his disdain for the Palestinians and their cause. As for Turkey, President Recep Tayyip Erdogan, is attempting to rally the OIC to put forward a more vigorous response, however, as of yet, no Muslim country has even recalled its ambassador from Washington for consultation.

In light of what we have stated above and more which we could have mentioned, what are we to do here as American Muslims? Here are some suggestions:

1. Pray. Whenever the Prophet (peace and blessings upon him) was confronted with a distressing situation he immediately began praying. (Abu Dawud, 1319) We are also enjoined in the Qur’an to “seek the help of God with patience and prayer.” (2:45) God still controls the affairs of the creation and hears our prayers and supplications. The answer does not always come in the form or time we might anticipate; however, it will come if our prayers are sincere.

2. Do not blame each other. When such a calamitous event occurs and we lack the means to immediately do anything about it the default mode for many believers is to begin pointing an accusatory finger of blame at other Muslims. If only Shaykh or Imam or brother or sister so-and-so had done such-and-such this would not have happened! We must maintain a good opinion of each other and begin looking for ways to unify in order to begin the hard work of changing the situation. None us truly knows the situation of those we might readily condemn. If half a billion Muslims in the Arab world, to say nothing of one and a half billion globally could not prevent this from happening what could one Shaykh, Imam, brother or sister in the United States realistically have done?

3. Don’t expect a quick reversal. Although the decision by Mr. Trump and his administration involved a measure of executive fiat, were a democrat to be elected president in 2020 that might not lead to an immediate reversal of this policy. There are entrenched interests at work here that transcend any single party and although it is unlikely that a democratic president would have taken such an action, at this time, it would be very easy for a democrat in the White House to view it as a fait accompli that is politically too risky to challenge or change.

4. Educate. In the late 1930s and 1940s as it was becoming clear to the advocates of Zionism that the creation of a Jewish state in Palestine was becoming a real possibility, the Zionists began a concerted effort to win over the American public. Muslim and Palestinian leaders did not view a corresponding initiative as necessary. Hence the Palestinian side of the story was never heard by the general public until it was too late. If we do not continue to tell that story, no one else will.

That does not mean that every Muslim should drop everything he or she is doing and become an activist for the Palestinian cause. It does mean that if Masjid al-Aqsa means anything to us we should provide substantial and significant support to those who are doing that work and take every opportunity we have to teach people about the compelling Palestinian story.

5. Don’t be deceived by simplistic zero-sum solutions. As Muslims we have our beliefs, narrative and history relating to Palestine, which we firmly know to be true. However, all of that could be said of the Jews. That is one of the reasons the issue has proven so vexing. Any lasting resolution to the problem will have to account for the interests of all parties involved, including Palestinian Christians.

It is often argued that the Palestine/Israel conflict illustrates the danger of anachronistic religions in the modern world. I believe that such a view, which implies that religion is the cause of the conflict, is inaccurate. In my opinion nationalism lies at the heart of the conflict and it can never be solved through a nationalistic framework. A real and lasting solution must be one rooted in religion, where the three communities sharing the land bring forth their scriptural and theological arguments and then settle on a solution true to their orthodox scriptures, as historically understood. Such a solution must guarantee the safety of all religious sites as well as the lives and property of every human being residing in the land. It must include a Palestinian right to return and a Jewish right to stay.

6. Reject violence. Violence, as we have consistently seen, only deepens hatred, hardens hearts and narrows the space wherein the goodwill needed to work towards amicable solutions grows. This intractable conflict has certainly been no exception. We must reject all violence regardless if it emanates from an individual, a group or a state. I sincerely believe that the following prophetic advice is particularly relevant today in this age of nuclear bombs and other weapons of mass destruction, “Verily, God is gentle and loves gentleness. He gives through gentleness what He does not give through violence and what He does not give through anything else.” (Muslim, 2593)

In the context of our existence here in the United States we should be petitioning our government to cease weapons sales and transfers to all of the states in the region including Israel. If the region is demilitarized perhaps it would be easier for all parties to trust that peace would not mean the destruction of their people. Of course, this is a long-term goal but we must begin somewhere.

7. Act from intellect and not anger. Trump’s move is naturally upsetting to Muslims. In responding to it, though, we should heed the advice given us by our Prophet (peace and blessings upon him), “Do not become angry.” (Bukhari, 6116) This Hadith does not literally mean do not become angry. It means that one should not act upon one’s anger in those situations where one is legitimately upset. Imam Shafi’i mentioned, “Whosoever is in a situation that rightfully calls for anger and does not become angry, he is a donkey.” Although anger is generally forbidden and patience and restraint is our normal course, there are situations that call for anger, such as when the sanctities of God are violated. Even then one should not act out of anger. To do so opens one up to irrational, emotionally charged but possibly counterproductive words or actions.

In this situation, we must begin to use our intellects to attempt to understand how the Muslims, generally speaking, became so weak that we could not deter an action that almost the entire world views as illegitimate. We should further use our intellects to develop a viable strategy for our community to contribute towards the protection of our sacred sites, and to assist the Palestinian people in their struggle. Among other things we need Middle East area studies scholars, historians, journalists, linguists and other experts both capable of untangling the web of falsehood that has been spun around the Palestinian narrative and articulating the truth of the matter. This is especially true in this era of false news and poisonous propaganda.

8. Do not give in to sectarian divides. Finally, I think we can all agree that the deep sectarian divisions between the Muslims in the Middle East are the primary reason for their weakness and inefficacy in addressing the Palestinian problem. That being the case it would be a travesty for our community to recreate those divisions at a microcosmic level. Were we to do so our potential to do anything meaningful to begin to bring relief to the valiant and long suffering people of Palestine would be squandered. We may fail to be effective for other reasons, but we should endeavor at all costs not to fail because we are divided.

These are a few thoughts on the matter. There is always more to be said when addressing such a difficult issue. Our prayer is for peaceful coexistence, safety and security for all of the people residing in the region. With peace, perhaps the moral arc of the universe, as Doug Jones mentioned in the wake of his victory in the Alabama senate race, will bend a little closer towards justice.