Not Puzzled or Surprised 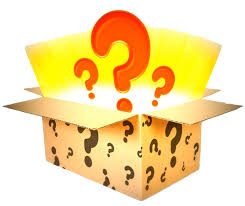 Many people are puzzled that President Donald J Trump did not immediately and strongly condemn the white nationalist violence in Charlottesville, Virginia. The situation should not be puzzling. Mr. Trump is presiding over a white nationalist regime. Why would he condemn his own? While the country has been obsessed with monumental distractions such as a looming “war” with North Korea, Trump’s regime is systematically undertaking a series of actions designed to ensure continued white domination of the political system of this country into the foreseeable future, even as whites are becoming a numerical minority.

Trump, the regime he presides over and the movement he has empowered and emboldened have a simple message to African Americans, Latinos, Asian Americans, Native Americans, Muslims, and yes Jews, namely, in the words of one of their heroes, the 19th Century Supreme Court justice, Roger B Taney, if you are not white and Christian you have “no rights that a white man is bound to respect.”

Those words were written by Taney for the MAJORITY in the Supreme Court’s infamous Dred Scott decision. That piece of painful history is what Trump and the forces he has become the champion of would like to reestablish in the halls of power in this country. Consider the already diabolical moves to disenfranchise minority voters, the efforts to arrest the dismantling of and to then expand the prison industrial complex, the creation of a massive deportation machine, the effort to ban the entrance into the country of black and brown people, the refusal of the Trump regime to even acknowledge the existence of white nationalist terror, etc. All of this and more sends a chilling message to millions of Americans who defy the twisted norm of Trump, Sessions, Bannon, Gorka, Steve Miller and the forces they represent. That message, “your lives, history, security and existence means absolutely nothing to us.”

To return to Justice Taney, let us look at his words in wider context to see just how deeply those sentiments are rooted in the history of this country:

“In the opinion of the court, the legislation and histories of the times, and the language used in the Declaration of Independence, show, that neither the class of persons who had been imported as slaves, nor their descendants, whether they had become free or not, were then acknowledged as a part of the people, nor intended to be included in the general words used in that memorable instrument…They had for more than a century before been regarded as beings of an inferior order, and altogether unfit to associate with the white race, either in social or political relations; and so far inferior, that they had no rights which the white man was bound to respect; and that the negro might justly and lawfully be reduced to slavery for his benefit.”

There are those who might scoff at the very idea that such sentiments might once again inform the laws and institutions of this land, however, people who witnessed what transpired in Charlottesville, Virginia, over the last couple of days realize just how resurgent those ideas are.

When the President is aiding and abetting that resurgence we face a national crisis. If the good people of this country do not rally together to forcefully and definitively address it, the gathering clouds of darkness will unleash a bitter rain that will wash away a century of progress towards a more perfect union.


Thank you for some other wonderful post. Where else may just anybody get that type of info in such an ideal way of writing? I have a presentation subsequent week, and I am on the search for such info. Visit me https://standavietnam.net/dai-ly-on-ap-standa-chinh-hang-tai-ha-noi/


Nice blog with good information.The writer here has done a great job. Keep it up the good work. Your article is really looked nice and great because in this way we can learn a lot of things in our life. Please bother you to send some advertising link offline: Visit me: http://standa.net.vn/on-ap-standa-10kva-dr-chinh-hang-10030512.html