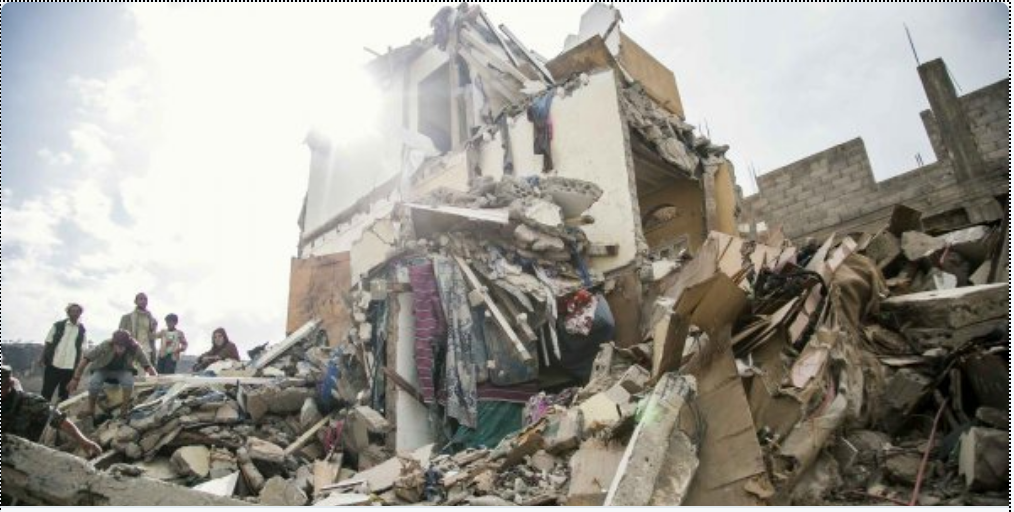 O Allah, Bless us in our Syria and in our Yemen! Hadith Sharif

The people of Yemen will come to you. They have the most tender minds and the softest hearts. Wisdom and faith are Yemeni.
Hadith Sharif

The dastardly murder of Shaykh Aydrus bin Abdullah bin Sumayt, may the Mercy of Allah be upon him, calls our attention to the shameful situation afflicting Yemen. That beautiful country is being torn apart by one of the most deplorable armed conflicts imaginable. All of the major players, Iranian-backed Zaydis (Houthis), the so-called “Jihad” groups Al-Qa’ida and Islamic State, the remnants of a national army, Saudi Arabia and the United Arab Emirates, claim to represent the “correct” Islamic path. Yet, collectively, they are engaging in a senseless and brutal campaign of bombing, shelling, blockades, embargoes and human rights violations that totally disregards the wellbeing of the exclusively Muslim civilian population.

As a result the civilian infrastructure has been destroyed, over 15,000 people have died, a large percentage of them civilians, twenty million people lack access to clean water, the largest cholera outbreak in recorded history has affected over one million people and the country is threatened with a famine that could affect well over ten million people.

This campaign makes a mockery of established Muslim teachings concerning civilian immunity, the inviolable nature of Muslim blood, proportionality in responding to aggression, the prohibition against killing women and children, prohibitions against the use of child soldiers, fidelity in honoring covenants prohibiting the use of landmines and cluster munitions and a host of other issues. As long as it endures it is a shame to the Ummah of Muhammad, peace and blessings upon him. We must condemn it and refuse to support any party to the conflict in any way, shape or form.

Here is a link to the 2018 Human Rights Watch Country Report on Yemen:

...whosoever kills an innocent life it is as if he has killed all of humanity. Qur’an 5:32