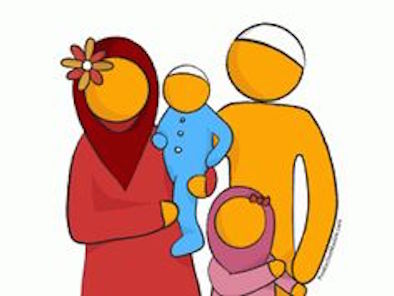 Opportunities for the Muslim American Community

Imam Zaid Shakir explains the way communities ought to behave and how we have opportunities for growth. We have to be realistic and consider our position in society in order to stop from falling into “old traps.”

It’s a rare opportunity to catch Imam Zaid Shakir in-between his movements across the country and community; rarer still for those of us in the Charlotte, NC area. So it was with much excitement that Muslim American went to have the opportunity to speak with him.

As Imam Zaid lectured on the virtues of building a community, he talked to the crowd about the opportunities that kept kids off the streets when he was young. He then lamented that such opportunities have been taken away. Opportunities to go play basketball in the evenings in a protected environment may seem like a small thing, but “Creation of an opportunity is invaluable. Many of the people who end up incarcerated or homeless, their plight can be traced back to a lack of opportunity.” He reflected on Malcolm X (RA). “Malcolm was given an opportunity; the first was stifled when an 8th grade teacher told him that he couldn’t aspire to be a lawyer because he was Black. With that opportunity denied, he ended up in the streets and involved in crime so he ended up in prison where Allah gave him another opportunity through Islam.” Imam Zaid wrapped up the point about opportunities when he said, “The poor are providing the wealthy people an opportunity to save themselves from hellfire. … What we receive from Allah is categorical to what we offer.”

With this discussion on opportunities in mind, I sat down with Imam Zaid Shakir to open up the opportunities that we have as a Muslim American community. Straight to the point, I asked him what he felt was the greatest issue facing Muslim Americans today. “One of the most fundamentally important issues that comes to mind is: Developing the institutional infrastructure to adequately represent who we are to the wider public. Because these stereotypes and hatred that exist toward Muslims are there because we have not effectively challenged them. In order to effectively challenge them we need institutions to magnify our voices in the way that they have institutions like Fox News and the 700 club and other media outlets to magnify their voices.

“The haters are small in number, but they are able to magnify the voice so it has a wide reach and then those people who aren’t sure or who are on the fence can be swayed by the arguments. Darkness only exists in the absence of light. We are the people of light, and we have a responsibility to bring that light to the wider public to dispel the clouds of darkness.”

Curious, I asked how he felt that the majority of established Muslim organizations had failed to meet that end. The answer I got from Imam Zaid Shakir was surprising but sensible. “First of all, if you’re not from here, if you haven’t grown up here or have family roots and connections, then I don’t think you understand how the American people think, and if you don’t know how people think, then you have no way of being able to reach out and address them properly.

By concentrating on activism toward political figures as opposed to the grassroots, we create a void at the grassroots that are filled by vile people; and, that’s where you get your support, because, for the average person, there’s a lot that they are not satisfied with in terms of what they are getting from the politicians. By focusing on the politicians as opposed to really focusing on the issues that affect common people and by building bridges of understanding and solidarity and sympathy with those people, I think we’re missing a huge opportunity, and we’re leaving a void. The Prophet (SAWS) started with the little guys; he didn’t start with the big shots.”

With the talk of grassroots, I couldn’t help but think about Muslims 4 Liberty as their director Will Coley has contributed articles for us in the past. I was pleased to hear that Imam Zaid was not only familiar with the programs of Muslims 4 Liberty, but that he greatly appreciated their work as he said, “Yeah, I met him last Ramadan! See, they are reaching people at the grassroots and they get big audiences. They go and take over these gatherings because they are sensible, and people can relate to them, and they know how to talk to their people.”

One of the biggest issues lately that has been generated from the anti-Muslim grassroots because of the lack of support for pro-Muslim organizations at the grassroots level is the sweeping movements of “Anti-Shariah” legislation that has moved from state to state like an anti-Islamic cancer. Along with this has been the advent of “religious freedom” initiatives that give permission to businesses to discriminate against others with the basis of religion. Imam Zaid Shakir agreed that it was a very serious matter but advised caution in jumping in front of media cameras. “As a Muslim community, we need to take time to develop well-reasoned and well-thought-out responses to this and other hot button issues, and until we take the time to do that, we should refrain from saying anything. It’s better to think in a very serious manner about these issues and all the implications to our communities than to engage in knee-jerk, media stimulated responses that we may regret later.”

Our conversations drifted to the so-called “Women’s Mosque” in California and the concern, not really over whether this is haram or halal; but the fact that these women felt the need to do it in the first place. Imam Zaid Shakir warned against over-generalizations, and then said “I think that there are masjids, institutions and communities that have definitely marginalized women to a humiliating degree.” While he is uncertain as to whether or not this is the case in the community where the “Women’s Mosque” was established he emphasized that “Sisters are the backbone of our community.” He continued to say that many are pushing the women out of the community, with no basis.
Imam Zaid speaks and sits in the sunlight indoors.

“I think that there are masjids, institutions and communities that have definitely marginalized women to a humiliating degree.” – Imam Zaid Shakir on how our communities have opportunities for growth in women’s rights.

I asked, pointedly, how he would respond to brothers who say that women shouldn’t be in the masjid, that women are fitna. Imam Zaid Shakir’s response was equally pointed as he said, “Leave America.” Caught off guard, I laughed and was halted as the Imam continued, “That’s a serious answer. Because you are constantly interacting with women [in American society], so don’t pretend that somehow when you’re in a sacred space you are going to be tempted to think or do something that is inappropriate because a sister is 20-30 feet behind you.” I encouraged him to continue by asking about convert Muslims who subscribe to this idea, and he declared that these people have not truly studied the Seerah of Prophet Muhammad (SAWS) and the companions. “…They were very respectful, and open in their interactions. If they had questions they wouldn’t pass notes with little kids to relay the questions, they would ask questions directly and discuss issues directly. They interacted in business, in the communal life and they interacted in very natural and healthy ways. That is our model, not some country where gender relations and mores have been shaped by un-Islamic influences such as cultural issues and traditions [that preceded Islam].”

It is clear from the discussion with Imam Zaid Shakir that there are many opportunities for progression in the Muslim American community. We continued discussing topics such as domestic violence and divorce, and we continually hit these issues where cultural traditions and hang-ups were limiting the embrace of Islamic morality by Muslims.