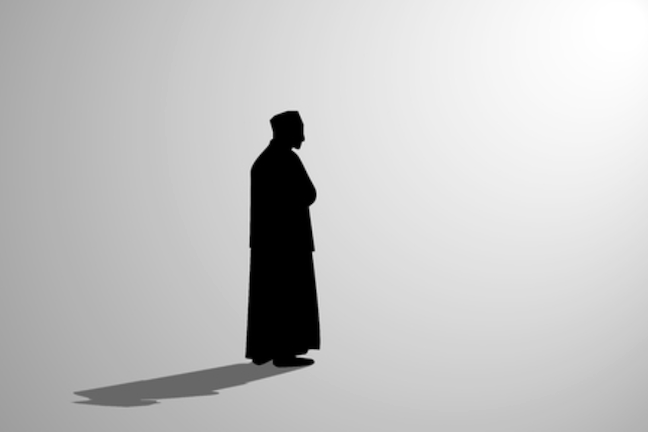 The Ballad of Jihadi Mike: (Part 3) Requiem for a Movement - The Operation

The Shaykh directed him to join a cell,

That would dispatch the disbelievers to Hell.

To clarify just who were the Kuffar,

The one in which he ruled that the Tartar,

Despite their Shahada they were Kuffar.

As for Syed Imam Dr. Fadl,

They studied why his fikr was trouble.

To immunize themselves from any shock,

To know their understanding was no sham,

As for the positions of al-Maqdisi,

That knew of his beef with al-Baghdadi,

And how the works of Sayyid Qutb were flawed,

And why Zarqawi was above the law.

With all of this swimming inside their heads

They did not notice that their hearts were dead.

It mattered not because their obsession

Was to revive the “Missing Obligation.”

Their plan was to go join the Caliphate,

But once it fell the Shaykh said they should wait.

It would not be for long that they would sit,

Just leave aside the Hadith of Dabiq.

It would not be a game of wait and see,

Now they would fight the distant enemy.

And in choosing targets there was no shame,

When Mike received the call it was no shock,

He went to the alley to get the box,

And inside of it a Chinese-made AK,

The perfect gun to blow Kuffar away.

But when he found out who it was he’d hit,

He wanted to run away and to quit.

How could he be such a gullible fool?

His target was to be a nursery school.

And when his mates perceived he’d hesitate,

They sent a message he could not mistake.

They said they’d would kill his father, then his mom,

And then they’d strap his body with a bomb.

And then they’d drive his body to a square,

And detonate it, killing all down there.

When Mike realized just what it was at stake

He made the dreadful move that sealed his fate.

First he loaded the AK with a clip,

And crammed another three next to his hip,

And then he placed the gun inside his car,

The trip to the nursery was not far.

And when Jihadi Mike at first arrived

He busted down the door and stormed inside.

But not a single child would fall down dead.

He fired frantically and heard the thuds,

But soon he realized the rounds were duds.

The cops and feds were in adjacent rooms,

Upon poor Mike they would lower the boom.

Within no time Jihadi Mike was jailed,

But had he killed those kids he’d be in Hell.

And all that night upon his knees now bent,

Jihadi Mike did nothing but repent.

For years on end Mike was inside the hole,

He realized to whom he’d sold his soul.

He had no one to share the gift of gab,

Until his Mom showed up wearing hijab.

Mike was ashamed and slowly hung his head,

But listened carefully to what Mom said.

The books you left behind inside your room,

Were all I had to help repel my gloom.

I read about the soul’s purification,

I read the whole Hikam in translation,

I read Ghazali’s “Escape from Error,”

I know that Islam does not sanction terror.

And most of the thoughts that you have embraced

They throw the Sunnah down upon its face.

A simple example now should suffice,

I wished you had stepped back to just think twice.

Wala and Bara so key to your new life

Needed the Khawarij to come to life.

And if you find my words exaggeration

Imam Ahmad held them as innovation.

It was a part of Brzezinski’s great game.,

And just who was it you were fighting for?

It all goes back to Charlie Wilson’s war.

And do you think that those who built this rot,

Are not the ones still calling the shots?

My son you were misled and quite deceived

And it’s a miracle you still believe.

I made my peace with your father, Percy,

And realized that I had shown no mercy

To my dear son when he was very lost.

Not realizing how much it would cost.

And at the mosque I talked to the Imam,

Who helped me realize just who I am.

Despite the very hard road I did trod

I’m just a flawed servant of the great God.

The Imam introduced me to my mentor,

A lovely girl whose name is Aisha.

She taught me many things both small and grand,

I took Shahada as I grasped her hand.

Mike lifted up his head, began to cry,

And then he looked his mother in the eye.

He realized that she, not he, was right;

And said, “Mother, through you I’ve seen the light.”