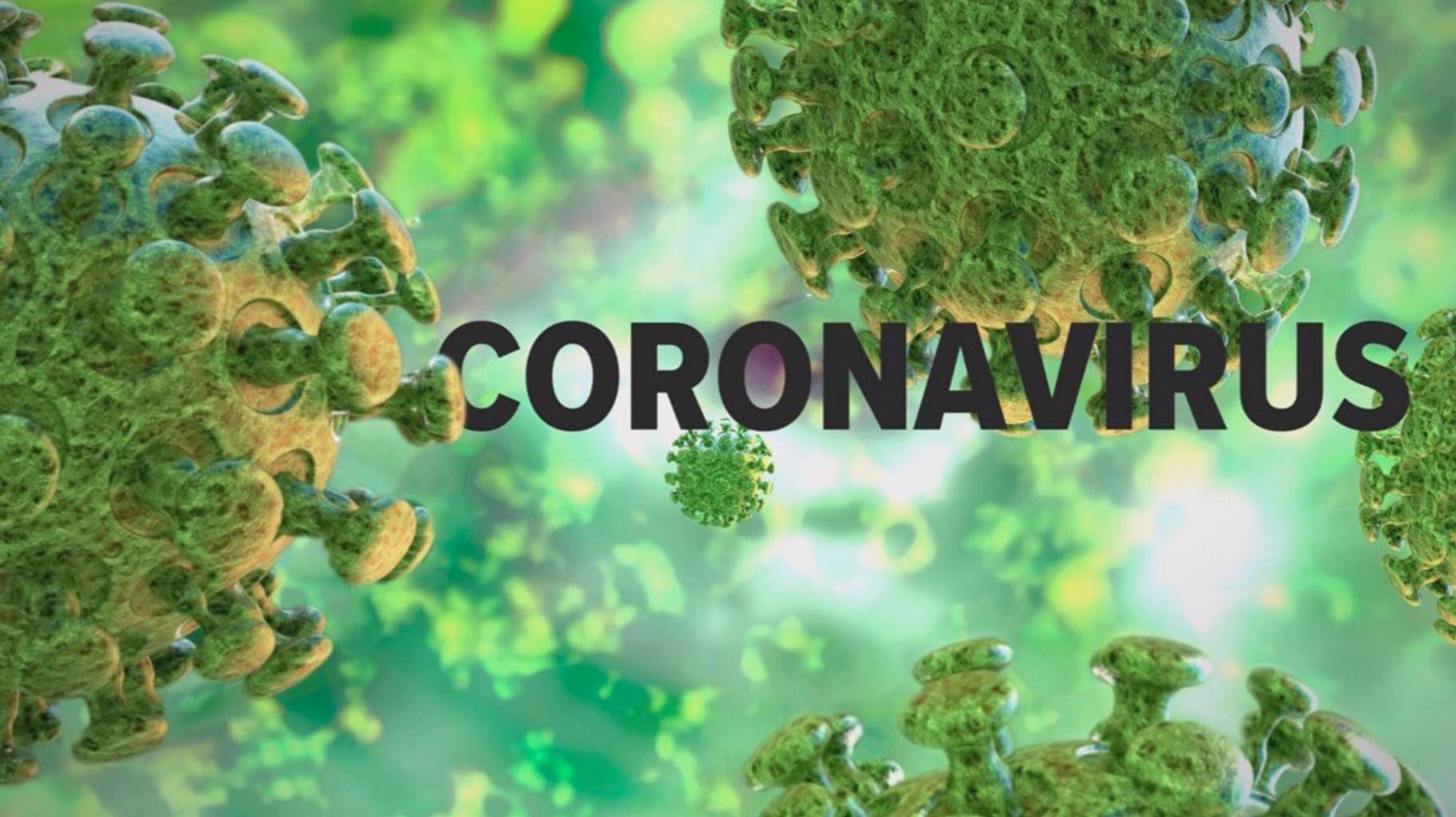 My Problem with Coronavirus Conspiracy Theories

One could be an absolute master of “Antichristology,” however, as Muslims, we believe that if one has not memorized the first ten verses of the Qur’anic chapter, Sura al-Kahf (The Cave), which are a protection against the evil of the Antichrist, all of that knowledge is worthless. Its worthlessness does not only lie in its inability to protect one from the Antichrist, it also lies in the effect it can have on a person’s psychological and spiritual well being, as well as one’s relationship with God.

Psychologically, being obsessed with a force as powerful and as inherently evil as the Antichrist can paralyze an individual. After all, what can a single isolated individual do in the face of such a force? It can be seen as being too big and its influence too pervasive to be meaningfully confronted. Obsession can also lead to paranoia. When the Antichrist appears, his minions will be everywhere, his influence ubiquitous. Internalizing such ideas can lead to an all-enveloping fear that in turn can lead to depression and possibly suicide. When we become trapped in a world whose sun is filtered through a distorting and disorienting prism of unproven “truths” based on anecdotal or spurious narrations, any bit of information that reinforces the cognitive frame we have developed becomes a piece in an ever-evolving puzzle that can never be completed. For one lacking faith, this situation could result in madness. A Muslim could well end up ignoring many Islamic teachings that would mitigate against the imbalance emerging from placing so much emphasis on a single theological issue.

In all of what we mention above, a very important fact could be lost. Namely, that the Antichrist is a test from God, and he can do nothing independent of God’s will and power. This is the main problem I have with coronavirus conspiracy theories. They give too much credit and power to humans. In other words, some react to the current situation as if God could not create a virus as potent as SARS-CoV-2 in nature, it had to have been produced in a lab by a team of scientists. This idea ignores the history of plagues and pestilences that have been unleashed against human beings throughout recorded history. We could mention the horrible Plague of Justinian, the remnants of which, known as the Plague of ‘Amwas, took the lives of many Companions, including the illustrious Mu’adh b. Jabal. From that time onward the heartland of Islam was visited by four great plagues, culminating with the Black Death of the mid-1300s. The Black Death killed so many people that the measurable lessening of humans burning combustible fuels (mostly wood) precipitated a mini Ice Age.

Smallpox ravaged Europe for most of the latter pre-modern period; however, for the unexposed populations of what would become North and South America, it proved genocidal. Millions of native people, upwards of 95% of the indigenous population in the “New World” perished as a result of what was for them a novel scourge. During their respective times, no one suggested that the plague, smallpox, influenza or other deadly plagues of that period were man-made. In acknowledging that they were scourges sent by God, people turned to God for relief, admitted their sins to God, saw the part their sins played in the suffering being visited upon them and strove mightily to alter their behavior.

In the face of the current round of conspiratorial thinking, none of that is happening, even among Muslims during the middle of Ramadan. Almost daily I am being sent “must-watch” videos or “must-read” articles. Invariably, I open the link to the explosive expose and find that it is far too lengthy to warrant losing valuable Ramadan Qur’an or Dhikr time with its viewing or perusal. Furthermore, there is never an addendum, such as, “pray for humanity,” “ask God for His mercy during this special month,” “these are the days of forgiveness, maybe if we repent to God, He will take this virus away…” attached to these messages. To me, all of this provides evidence of a steady secularizing of our thought processes. This secularizing renders everything a consequence of human action, pushing God to the margins of our consciousness, to the hinterlands of His creation.

Leaving aside the theological aspects of what we mention above, scientific facts that challenge the emerging conspiracy theories are rarely mentioned. The findings of scholars or journalists who have studied corona viruses for most of their careers are cast aside for the opinions of those who are largely non-specialists. For example, Laurie Garrett, a Harvard professor and journalist trained as an immunologist, predicted the likes of the current crisis as early as 1994. Peter Daszak, president of the EcoHealth Alliance, a specialist in coronaviruses who has worked extensively at the Wuhan lab identified as the source of the virus by many conspiracy theorists, has long predicted the natural emergence of something like the current virus. His work and related studies are never mentioned in the largely pseudo-scientific theories being put forth by non-expert politicians, polemicists, and pundits. This approach does not do justice to the evidentiary standards established by Islam.

Furthermore, a total capitulation to the anthropocentric origin of the current coronavirus implicitly limits the power of God. The initiative power of “be and it is” must somehow be constrained or rendered conditional to the actions of a human hand. It is as if God does not have the power to test us in novel ways, just as He tested those who preceded us. Similarly, it is as if He does not have the power to decree one of the hundreds of animal coronaviruses in the world to transfer to humans. As Muslims, we know that the world is an abode of trials, tests, and tribulations, and in this world of trials, God does as He pleases (Fa’alun lima yurid). The great sage, Ibn ‘Ata Allah Sakandari, beautifully expresses the idea of this world being an abode of trials when he states in one of his Aphorisms (Hikam), “Do not find the occurrence of troubling things strange as long as you are in this worldly abode. It is only displaying its rightful description, its inherent attribute.”

In conclusion, I am not saying that all of the coronavirus conspiracy theories out there are false. Many raise serious points of consideration and call for further examination. Similarly, I am not denying the possibility of an accidental or even an intentional release from a biological weapons laboratory, although I feel that is unlikely. I am questioning the obsession with the various theories out there by many Muslims who are watching hours of videos during the month of Ramadan, forwarding and sharing them, while squandering the irreplaceable opportunity to do good for their souls during this blessed month. My advice to those who find this to be their lot is the following:

1. Put your laptop and phone away and pick up your Qur’an or Subha (dhikr beads).

2. Unless you are a researcher, politician, or activist directly involved in working to change some of the realities addressed in these videos and articles, then they are none of your business and should be left alone. Adhere to the following prophetic guidance, “A person’s Islam being good involves leaving what does not concern him.” If we are not involved in changing things, they are none of our business. Inundating ourselves with information for information’s sake will not advance our religious life and could well set us back. Pray to God for beneficial knowledge, “Allahumma inni As’aluka ‘Ilman Nafi’a (O Allah! I ask you beneficial knowledge).”

3. Realize that trials and tribulations are the nature of the world and that the novel coronavirus, regardless of its origin, is a servant of God (…and no one knows the soldiers of your Lord except He) sent to test us and that the past has held, and the future may well hold, far greater trials.

4. This could well be our last Ramadan. Do we wish it to be one where very little Qur’an was recited, very few prayers offered, very little concern was displayed for our souls, but hours were spent watching and encouraging others to watch anxiety-inducing videos?

My dear brothers and sisters flee to God during the remaining days and nights of this blessed month. The best things we can do for ourselves, humanity, and this planet is to acknowledge our sins and seek our Lord’s forgiveness for them. What better time than now during these days of forgiveness? We should be spending our nights standing humbly before our Lord in prayer, invoking His mercy for our sad lot, beseeching Him until our eyes flood over with tears. We should be thinking of meaningful ways to serve those who are suffering from the worst public health and economic consequences of the current crisis. Finally, the test for us is not how much we know. Our test lies in how we respond to what we know. May we respond to the current crisis with wisdom, faith, and confidence that the Lord who has visited this scourge upon us will bless us to rise above it.