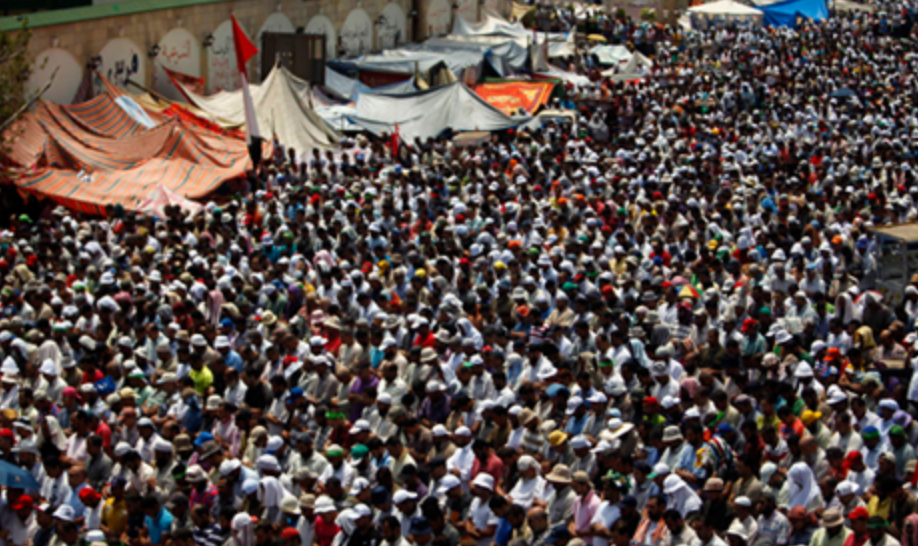 Siding With The Truth

Yesterday, August 14, 2018, marked the passing of five years since the massacre of at least a thousand innocent protesters and the injuring of thousands more in Cairo’s Rabaa Square. Merely writing these words will generate charges of siding with the ousted Egyptian President, Mohammed Morsi, and the Egyptian Muslim Brotherhood. We need to ignore such diversionary tactics, regardless of the situation. We have to side with the truth.

The truth of the matter is that the Egyptian military, under the leadership of the current president, Abdel Fattah Sisi, made a decision to kill the fledgling democratic process of that country, and to punctuate that death by murdering the greatest symbol of opposition to their crime, the protesters assembled at Rabaa.

There are those who will argue that some of the protesters were armed. They well might have been just as they might have been agent provocateurs sent to provide a pretext for the massacre. What happened that day, however, was not the result of an effort to neutralize one or two or a handful of gun-toting individuals. The military intended to clear the square, thereby clearing the last symbol of opposition to the reinstitution of autocratic rule in Egypt. To do that job they prepositioned bulldozers, armored vehicles, helicopters, snipers and hundreds of soldiers with orders to shoot to kill.

When the smoke cleared and the square was “retaken,” the bodies of thousands of dead and wounded littered the ground. A makeshift hospital to treat the injured had been burned to the ground with many wounded individuals still inside. Egypt’s brief experiment with democracy lay in ruin.

Why speak out against this atrocity now? To remind ourselves at this time when it is so easy to forget that violence is not an acceptable way for Muslims to resolve our problems. As Muslims slaughter each other in Somalia, Yemen, Afghanistan, Iraq, Syria and elsewhere, the fatwas justifying the carnage flow as fast as the blood. The Rabaa Massacre certainly had its share of justifying fatwas. At the end of the day these mockeries of our faith will only cease when we all adhere to, uphold, and sanctify a single prophetic proclamation: “The Muslim is the one from whose tongue and hand other Muslims are safe.” I side with that.