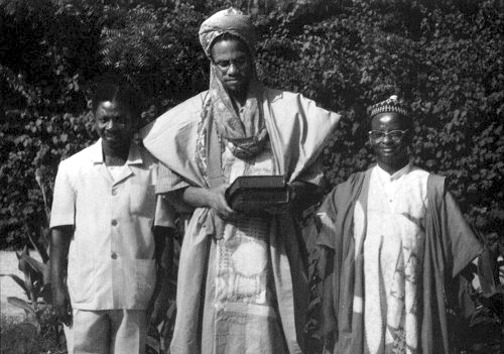 The Wider Significance of Malcolm X

Today, MANA: Muslim Alliance in North America joins many other organizations and individuals in commemorating the life of El-Hajj Malik El-Shabazz, more popularly known as Malcolm X. Malcolm was born May 19, 1925 in Omaha, Nebraska. Ossie Davis famously said in his eulogy for Malcolm, “And if you knew him, you would know why we must honor him…” This essay will attempt to introduce the reader to Malcolm X’s wider significance and to remind all Muslims why we must join others in honoring him.

Malcolm X did not emerge from a social, cultural, political or historical vacuum. He was a product of what some refer to as the Black Atlantic. The Black Atlantic itself is a creation of centuries of slavery, oppression, forced, and in some instances, voluntary migration. Its boundaries include the central and northwestern coasts of the African Continent, the north and northeast coast of South America, the island nations of the Caribbean, the Caribbean and Atlantic coasts of the present day United States, and Great Britain. This region, in short, is home for the African diaspora created by the North Atlantic slave trade.

It is a region that has come to be united by the pain of bondage, the passion for liberation, the search for identity, the tragedies and triumphs of a riveting human saga, and what the seminal scholar of the Black Atlantic, Paul Gilroy, describes as the double consciousness, that emerged in that diaspora. Malcolm’s roots embody all of these elements. His mother, being the Grenadian granddaughter of liberated African slaves and the daughter of a white Scotsman, who raped her mother. His father, a descendant of North American slaves, was dogged by, and eventually fell victim to the henchmen of the racist system birthed by the “Peculiar Institution.”

Malcolm’s parents embodied the unifying commonalities of the African diaspora and were students of one of that diaspora’s most emblematic figures –Marcus Garvey. Garvey personified the cultural unity defining the Black Atlantic. Born in Jamaica, he traveled to Great Britain where he would be mentored by a Muslim of Sudanese and Egyptian lineage, Duse Muhammad. From Great Britain, Garvey would travel to Harlem where he established the United Negro Improvement Association (UNIA). Malcolm’s parents would join the UNIA, his father becoming a prominent activist and organizer for the group, while his multi-lingual mother would become one of the leading writers for the UNIA’s newspaper.

It was in the home of Earl and Louise Little that young Malcolm’s consciousness was first forged. Frequently traveling to speaking engagements with his father, being tutored by his mother, Malcolm’s genes stretched deep into the soil of the Black Atlantic while his consciousness embodied the themes that defined it. All of this has been thoroughly studied from many different angles. There is, however, an understudied perspective that is increasingly recognized as a critical factor in shaping the unique socio-cultural milieu of the Black Atlantic. That perspective is Islam. Islam was the largest single identity group among the Africans who found themselves enslaved in both North and South America, as well as the Caribbean, and they left indelible marks on the lands they inhabited.
Muslims fomented and successfully executed the first slave revolt in the sugar cane plantations of the island currently housing Haiti and the Dominican Republic. Muslims were instrumental in the movement that culminated in the independence of Haiti. Muslims were managing the records of plantation owners in the cotton fields of the American South. Muslims organized the largest slave revolt in the Americas in Northwestern Brazil. The Muslims of Trinidad organized themselves to free their African brothers and sisters, both Muslims and members of other confessional and cultural communities. Ayyub bin Sulayman, liberated from bondage at Maryland’s eastern shore, would amaze audiences at Cambridge and Oxford, and even the Queen of England. Muslims were everywhere to be found in the Black Atlantic and were contributing at every level to the creation of the distinct culture of the region.

For all of its energy and dynamism the Black Atlantic lacked a unifying ethos. To return to the issue of double consciousness, that Gilroy, following DuBois, identified, there was a disunity fostered by the emerging perception of Afro-Americans, Afro-Caribbeans, Afro-Anglicans, Afro-Canadians, etc. The gradual emergence of these truncated national identities helped to stifle the creation of the critical mass needed to elevate the entirety of the African people in diaspora from the particularity of their oppression.

It fell upon one of the distinguished sons of that diaspora to point to what he saw potentially serving as that unifying ethos. Namely, Islam. Edward Blyden had been sent to West Africa as a Christian missionary after he was refused admission into the religious seminary of Queens College, currently a part of New Jersey’s Rutgers University. When he observed the social, cultural and political solidarity that Islam created among the Muslim peoples of West Africa, he began to envision Islam as a source of unity for the disparate communities of the Black Atlantic. Blyden wrote about the unifying potential of Islam in his book, “Christianity, Islam and the Negro Race”, as well as in other works. The significance of Blyden’s work in this regard cannot be underestimated. After the gradual disappearance of Islam in the African communities of the New World after the abolition of slavery and the drying up of a constant stream of Muslims arriving from West Africa, Blyden’s works helped to keep Islam alive in the sociopolitical consciousness of the diaspora’s intelligentsia.

Blyden was succeeded in his view of Islam as source of a unifying consciousness by the likes of the aforementioned Duse Muhammad, who would quit Great Britain for Detroit, Michigan, where he would help form both the Central Islamic Society and the Universal Islamic Society. Before that, while in London, Muhammad had mentored Marcus Garvey and published, “The African Times and Orient Review”, a paper that united Muslim, African and Asian interests. Through this paper, Duse Muhammad, was instrumental in popularizing some of the ideas introduced by Blyden. Muhammad would go even further in seeing Islam as not only the foundation for a unified African diaspora consciousness, but also for a unified Afro-Asian power in global affairs. He wrote in a column he authored in Garvey’s paper, “With the stirring of events in India and elsewhere, Mohammedanism, dormant for centuries, is suddenly seizing the center of the stage in world politics… All these things are part of a Pan-Islamic movement intended to restore Mohammedan power” (Quoted from, “Inventing America’s Worst Family,” p. 146). Muhammad had presciently envisioned an Islamic political awakening long before the 1979 Iranian Islamic Revolution. It is obvious that he saw Islam as not only an element that could unify Africans, but Africans with Asians as well.

As much as anything, the roots of a rebirth of Islam among the African diaspora populations would be a quest for identity and a search for a path to liberation. The pursuit of these twin goals attracted many African Americans to organizations like Nobel Drew Ali’s Moorish Science Temple; the Ahmadiyya Movement, especially during the 1920s when the movement was ably headed by Mufti Muhammad Sadiq; and various Sunni communities led by the likes of Shaykh Wali Akram of Cleveland, Ohio, and Shaykh Daoud Faisal along with his wife, Mother Khadijah, in New York City. The latter two were Caribbean immigrants who would teach Islam to multitudes in New York over of the course of several decades. Shaykh Daoud is a brilliant illustration of the reality created by the Black Atlantic. He was born in the Caribbean, he spent most of his career in New York and he was connected religiously to Africa, being an authorized representative of the great Algerian Sufi reviver, Shaykh Ahmad al-‘Alawi.

This Islamically-fueled quest had its most prominent manifestation in the Nation of Islam (NOI), which emerged in 1930 in Detroit, Michigan. Founded by the mysterious Fard Muhammad, the NOI slowly grew throughout the 1930s and 1940s under the direction of Fard’s most prominent student, Elijah Muhammad. Mr. Muhammad was likely a follower of Garvey before he became involved with the NOI. Under Muhammad’s leadership the NOI expanded to Chicago, Washington, D.C. and a couple of other locales. The NOI, however, reached its fullest flowering when Malcolm X rose to prominence in the organization during the 1950s and early 1960s. Although Malcolm would eventually leave the NOI under difficult circumstances, he was mentored by Elijah Muhammad, and it was the NOI that provided a venue for Malcolm to hone his many talents.

It is here that we will mention the wider significance of Malcolm X, a significance we can see as being divinely arranged, as are all things. Malcolm was heir to all of the movements and tendencies that had defined the African diaspora throughout the Black Atlantic. He inherited the liberational fire that had inspired the great slave revolts. Hence, his revolt against the corrupt and duplicitous power structure prevailing in this country. He inherited the organizational genius of Garvey, whose UNIA became so powerful, so fast, that it had to be shut down by the American government. He inherited the pan-African vision of Blyden and the pan-Islamic vision of Duse Muhammad. Hence, his incredible networking with the leaders of the Arab, African and Muslim worlds and his evolving internationally supported campaign for the affirmation of the human rights of the African American people. Finally, he would come to inherit the Sunnism of the likes of Shaykh Wali Akram, Shaykh Daoud Faisal and Mother Khadijah.

As the channel through which that combination of social, cultural and political currents flowed, Malcolm was a unique gift of God, whose significance to his people and their struggle is immense. Based on what he inherited from his predecessors and his personal abilities, at the end of his life, Malcolm was emerging as a unifying force in the African American freedom struggle. He was also serving the same unifying function in the context of the wider African diaspora, relevant to diaspora communities in the Americas, the Caribbean, the United Kingdom, as well as Africa. He was equally at home among the leaders of the Muslim world, in Africa, Arabia and Asia. Malcolm’s reach was global, the world became his stage, its people his audience. Through all that he represented, and all that he accomplished, his springboard to the world was his own African American community. His greatest passion, their liberation.

We at MANA feel that it is our time to take the baton from Malcolm and finish the race he started. We cannot do this as disparate individuals or as a single organization. We must be representatives of a generation; a neglected, and sometimes underappreciated generation. If we organize ourselves, if we build strong institutions, and if, like Malcolm, we can do that while remaining true to our faith, relying on Allah, we have a great chance at success. In conclusion, Malcolm’s sister Ella, perhaps his greatest and most consistent supporter, spoke of the future return of Malcolm. We should see ourselves in that light, as today’s Malcolms, returned in the form of people who are inspired by his vision and unified in our intention to complete the work he so courageously started. Not just this country, but the entire world, awaits us.